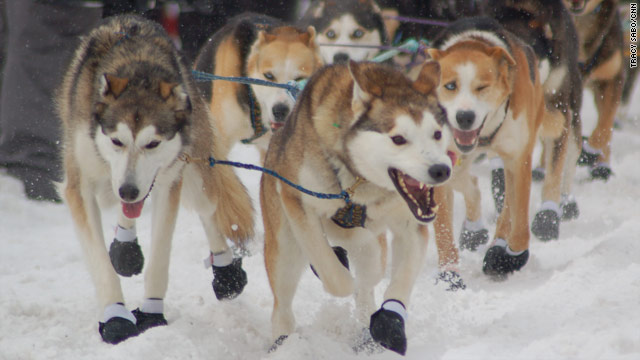 This year, Anchorage has already doubled its usual snowfall with approximately 120 inches - 10 feet of snow - and is approaching the near 133-inch record set in 1954. The deep snow could be a major factor in the Iditarod, as weather conditions affect the dogs' physical performance and increase the threat of dangerous moose encounters on the trail.  Several Iditarod mushers have already reported run-ins with winter-weary moose during training runs through interior Alaska.

Veteran musher and 2012 Yukon Quest champion Hugh Neff of Tok, Alaska, is no stranger to harsh trail conditions: He lost one of his own race dogs to overflow ice and suffered severe frostbite during previous competitions. "You really have to respect Mother Nature, and Lord knows, she’s been beating up on me over the years. So, we just have got to take care of the dogs and keep an even keel," Neff said.