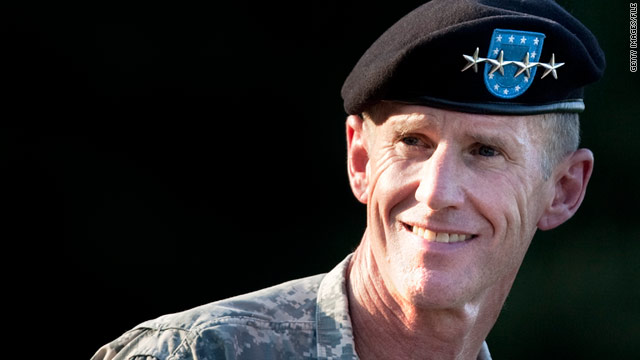 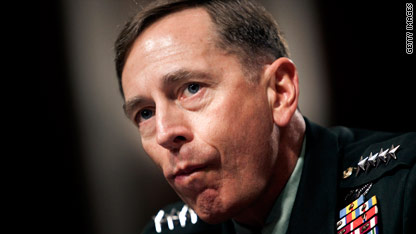 Gen. David Petraeus was confirmed by the U.S. Senate.

The Senate has voted unanimously to confirm Gen. David Petraeus as the top U.S. military commander in Afghanistan.

The vote was 99 in favor, 0 against. Gen. Petraeus replaces Gen.Stanley McChrystal.

The gambling man who co-founded Apple and left for $800: If Ron Wayne's short-lived career at Apple had gone differently, he would be holding 10 percent of Apple's stock, instead of spending his nights at the Nugget Hotel & Casino in Nevada.

Obama moved quickly to find new general: It's still unclear whether President Obama had made up his mind before sitting down Wednesday with Gen. Stanley McChrystal, but CNN has learned that Obama gave the general a chance to defend himself.

END_OF_DOCUMENT_TOKEN_TO_BE_REPLACED 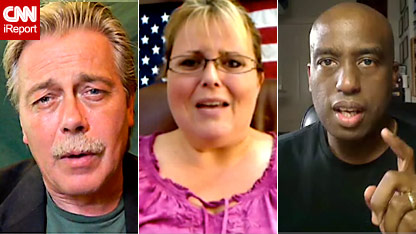 iReporters Cliff Olney, Melissa Fazli, Egberto Willies shared their views on the military code and how McChrystal did or didn't act in accordance with it.

Comments on a story about McChrystal’s resignation have come from people who identify themselves as veterans and current members of the military - a majority of whom said they were shocked and embarrassed by McChrystal’s conduct.

AFGChuck said, “It was a complete breach of military protocol.” Several others agreed and referenced the Uniform Code of Military Justice.

Deezy007
Non-military don't realize that the UCMJ is law in the military. When your [sic] in uniform not only do you represent the troops you represent a whole country.

Article 88 of the UCMJ states that any commissioned officer who uses contemptuous words against the president, the vice president, Congress or the secretary of defense shall be punished as a court-martial may direct.

END_OF_DOCUMENT_TOKEN_TO_BE_REPLACED 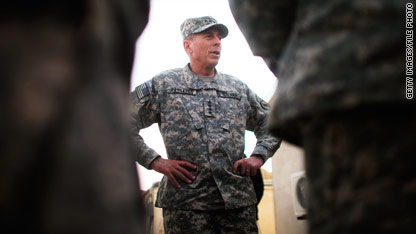 Gen. Petraeus will take command over the mission in Afghanistan.

Within hours of President Obama’s announcement that he had accepted Gen. Stanley McChrystal’s resignation, the general who was hand-picked by the president to head the Afghan war became “an afterthought,” as TIME magazine’s Joe Klein points out.

The media quickly switched its attention to McChrystal’s replacement, Gen. David Petraeus, and the war against terror. Last week Petraeus, while battling exhaustion, fainted during testimony before Congress.

In a blog entry posted shortly after McChrystal’s resignation, The Washington Post’s Rajiv Chandrasekaran leads with how the change in command will create complications in the U.S. efforts to stabilize Afghanistan. McChrystal forged the closest relationship with Afghan President Hamid Karzai of any senior American official, Chandrasekaran writes.

He thinks Petraeus will have challenges to overcome, but doesn't discount the fact that Petraeus has a head start.

He has been a regular visitor to Kabul and knows not just Karzai but many other senior Afghan government officials. He also has worked closely with top U.S. civilian officials responsible for Afghanistan, including special envoy Richard C. Holbrooke.

In a New York Times blog, Andrew Exum, a fellow at the Center for a New American Security and a veteran of the wars in Iraq and Afghanistan writes that the problems McChrystal faced won’t elude Petraeus.

Gen. Stanley McChrystal’s comments to Rolling Stone magazine were inexcusable, but the frustration he voiced with Ambassador Eikenberry for sending cables to Washington questioning the strategy without first sharing his reservations with General McChrystal was understandable. It is clear that there is little agreement between the U.S. embassy in Kabul and the NATO command on the way forward in Afghanistan.

END_OF_DOCUMENT_TOKEN_TO_BE_REPLACED 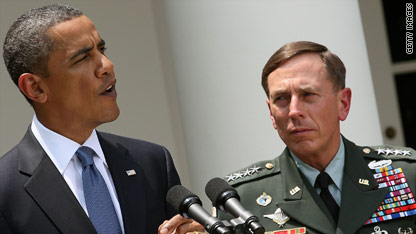 Here are the latest developments involving Gen. David Petraeus, who has been chosen to replace Gen. Stanley McChrystal as the top U.S. commander in Afghanistan. McChrystal was relieved of duty after he and his staff made comments in a Rolling Stone magazine article that appear to mock top civilian officials, including the vice president.

- Petraeus said Thursday that he supports President Obama's July 2011 deadline to start withdrawing U.S. troops from Afghanistan. Petraeus' comments to CNN's Dana Bash were his first public remarks since being tapped as the new U.S. commander in Afghanistan.

- Petraeus' confirmation hearing is scheduled for Tuesday morning, according to a statement from Senate Armed Services Committee.

END_OF_DOCUMENT_TOKEN_TO_BE_REPLACED

Petraeus: A 'privilege to serve,' but 'sad' in this manner

Gen. David Petraeus told CNN's Dana Bash Thursday that "it's a privilege to serve" as the new U.S. commander in Afghanistan.  But "it's very sad that I have to assume it in this manner.  We obviously all have enormous respect and gratitude to Gen. McChrystal for all that he did.  He's played a key role in helping get the inputs right in Afghanistan."

Karl Eikenberry, the U.S. ambassador to Afghanistan, said Gen. Stanley McChrystal apologized to him for disparaging remarks in a Rolling Stone article about Eikenberry and other officials.

"He very graciously gave me a call and apologized," Eikenberry told reporters in remarks to reporters on Thursday. Eikenberry said he hadn't read the article but heard about some of the things in it.

McChrystal resigned from his post as commander of the NATO-led forces in Afghanistan over his remarks.

"Troops from the 46 nations of ISAF have made substantial security gains in recent months. While we face a tough summer ahead, strong leadership, the focus of the soldiers on the ground and our partnership with Afghan security forces, will ensure that we defeat an insurgency that has brought so much suffering to Afghanistan."

Obama and McChrystal - President Obama says he regrets having to accept Gen. Stanley McChrystal's resignation but felt he had no choice. The ousting of the top U.S. commander in Afghanistan came after publication of a Rolling Stone magazine article in which McChrystal and his staff appeared to disparage decisions from Washington. Gen. David Petraeus, commander of U.S. Central Command, will take over in Afghanistan. CNN takes a look at what happened in Wednesday's meeting between Obama and McChrystal and evaluates what the implications may be for the war in Afghanistan.

END_OF_DOCUMENT_TOKEN_TO_BE_REPLACED

Readers sound off on McChrystal's exit

The decision by President Obama to accept Gen. Stanley McChrystal’s resignation as the top commander in Afghanistan was met with mixed reactions.

Readers have taken to CNN.com expressing their support of and disappointment with the decision. END_OF_DOCUMENT_TOKEN_TO_BE_REPLACED