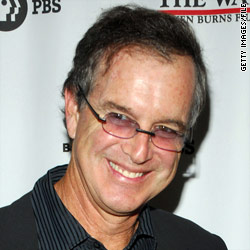 He is making the media rounds in support of two books being published: â€ś40: A Doonesbury Retrospectiveâ€ť and â€śDoonesbury and the Art of G.B. Trudeau.â€ť

The comic strip, which is more likely to appear on the op-ed page of a newspaper than in the comics section, routinely skewers those on the political landscape. Trudeauâ€™s loyal readership has led to the strip being published in 1,500 newspapers around the world since it was first published on October 26, 1970.

His comic has sometimes earned him a reputation as a left-winger, but a column in The Boston Globe pointed out that Trudeauâ€™s jabs can target anyone.

â€śIâ€™ve always thought he was an equal-opportunity balloon-popper,â€ť wrote Alex Beam. â€śAnybody who figured out that John Kerry was a narcissistic blowhard as a Yale undergraduate is someone who sees the world through a wide-angle lens, taking in all azimuths of social and political tomfoolery.â€ť

The radio network offers a condensed retrospective of Trudeauâ€™s work as well as several anecdotes from the artist. In one, the 62-year-old recounts how he became syndicated shortly after his strip appeared on campus.

â€śIt's a ridiculous story, and it nauseates my children,â€ť Trudeau says, â€śthat I would find my life's work six weeks into it.â€ť

END_OF_DOCUMENT_TOKEN_TO_BE_REPLACED 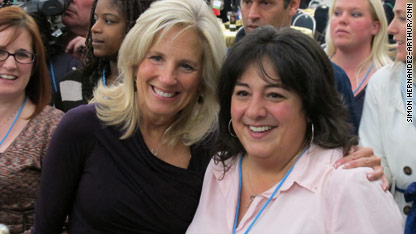 Jill Biden saluted a roomful of military wives Saturday for their dedication to their families and the country.

"You are very special people," said Biden, wife of Vice President Joe Biden. "Thank you for what you do and thank you for your service."

Biden spoke to the women at "Operation Home Cooking," an event that brought together military spouses from around Washington at the Metropolitan Cooking and Entertaining Show.

Biden drew upon her own experienceÂ as the mother of an active service member, recalling how she sent food to her half son, Beau Biden, when he was deployed to Iraq for 12 months.

"You send food because food is love," she said. "We give them what we do and what we make and we give them some of ourselves."

Her brief speech was the event's highlight for many in attendance, whoÂ relished the opportunity to have some time to themselves.

"It's just really hard being a military spouse, especially with them going back and forth to Iraq and Afghanistan and all the things that are going on," said Shawnnay Holland, whose husband just returned stateside.

END_OF_DOCUMENT_TOKEN_TO_BE_REPLACED 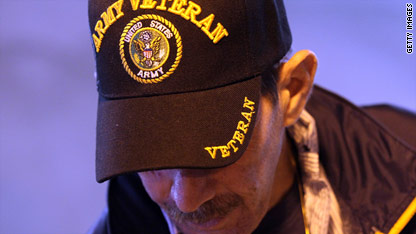 Veterans of all U.S. wars are honored Thursday.

Be sure to visit CNN.com's Veterans in Focus section for stories, images, video and interactive graphics on:

- a World War II vet's memories of D-Day and how he's training a new generation of warriors;
- how military veterans, the Pentagon and mental health professionals are coming to grips with post-traumatic stress disorder;
- how special courts seek to keep veterans out of prison;
- what might happen next with "don't ask, don't tell"; and
- why a Medal of Honor recipient from the Afghanistan conflict feels angry about the award.

END_OF_DOCUMENT_TOKEN_TO_BE_REPLACED 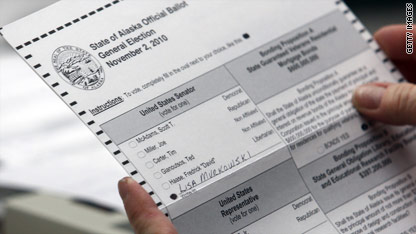 Miller is believed to be locked in a tight race with incumbent Sen. Lisa Murkowski, who ran as a write-in candidate. In last week's election, Miller received 34 percent of the vote, Democrat Scott McAdams, who conceded, collected 24 percent, and 41 percent of ballots were for write-in candidates.

The complaint filed in federal court Tuesday asks Fenumiai's office to "adhere" to state law in the counting of write-in ballots, limiting what the suit called "subjective" voter intent rules that were issued this week. The suit requests a court hearing Wednesday over the rules and asks for an injunction.

END_OF_DOCUMENT_TOKEN_TO_BE_REPLACED

Military veterans are being denied health care due to "inappropriate scheduling practices" at VA facilities, according to an internal memo from the Department of Veterans Affairs.

END_OF_DOCUMENT_TOKEN_TO_BE_REPLACED

Veterans possibly exposed to hepatitis, HIV: A Missouri VA hospital has sent letters to more than 1,800 veterans warning them that may have been exposed to life-threatening diseases such as hepatitis and HIV.

Leak shows Apple's spin on iPhone 4 flaws:AppleCare representatives are being given a strong company line to deliver to unhappy iPhone 4 owners who complain about reception issues,Â Â according to documents leaked to Boy Genius Report today.

'The Office' star Kinsey files for divorce: It's over for "The Office" actress Angela Kinsey and writer Warren Lieberstein.

Study links bee decline to cell phones: A new study has suggested that cell phone radiation may be contributing to declines in bee populations in some areas of the world.

American Legion volunteers gathered Sunday at a neglected marble temple on the National Mall to commemorate veterans of World War I, at a site they hope will soon be a national memorial.

END_OF_DOCUMENT_TOKEN_TO_BE_REPLACED

Over a hundred U.S. military veterans gathered Tuesday on Capitol Hill to press Congress for quick repeal of the law banning gays from serving in the military.

END_OF_DOCUMENT_TOKEN_TO_BE_REPLACED

Among other things, the new law expands resources available for veterans' mental health counseling, provides expanded access to hospitals and clinics outside of the traditional Veterans Affairs system and provides stronger transportation and housing assistance for veterans living in rural areas.

END_OF_DOCUMENT_TOKEN_TO_BE_REPLACED

Unemployment on the rise for veterans of current wars

The unemployment rate for veterans of the Iraq and Afghanistan wars reached 14.7 percent in March, according to the latest government statistics.

The number of unemployed veterans increased to more than 250,000, up about 40,000 over the previous month's figures, according to the Department of Labor Statistics. Veterans groups say the figures are unacceptable.

END_OF_DOCUMENT_TOKEN_TO_BE_REPLACED

The number of homeless military veterans on the street each night in the United States has declined 18 percent from last year, the Department of Veterans Affairs said Wednesday.