A key U.S. senator said Monday he has high hopes for a positive resolution soon to the growing diplomatic crisis revolving around 19 American overseas aid workers facing charges as part of an Egyptian crackdown on nongovernmental organizations.

"Quite frankly, I'm very optimistic we're going to get this episode behind us," GOP Sen. Lindsey Graham of South Carolina told CNN. "It's my hope (this will happen) sooner rather than later."

Graham spoke from Cairo after meeting with top Egyptian military and political leaders. He's joined on the trip by Sens. Joe Lieberman of Connecticut and John McCain of Arizona. McCain is chairman of the board of the International Republican Institute, one of the organizations affected by the Egyptian crackdown.

Sen. John McCain, the Republican presidential candidate in 2008, took aim Sunday at the field of contenders for the 2012 GOP nomination, accusing them of "isolationism."

"We cannot repeat the lessons of the 1930s, when the United States of America stood by while bad things happened in the world," McCain said in an interview with ABC's "This Week."

Citing what he viewed as the GOP presidential hopefuls' positions in general on both Libya and Afghanistan, McCain said, "We are the lead nation in the world, and America matters, and we must lead. But sometimes that leadership entails sacrifice, sadly."

Asked about a threat by House Speaker John Boehner to consider cutting funding for U.S. involvement in the NATO-led military mission, McCain, R-Arizona, responded, "I was more concerned about what the candidates in New Hampshire the other night said," referring to a CNN debate among seven people seeking the Republican presidential nomination.

"This is isolationism," McCain said. "There's always been an isolationist strain in the Republican Party, the Pat Buchanan wing of our party. But now it seems to have moved more center stage, so to speak."

Focus turns to cause, impact of Arizona fire near Mexican border

As some eastern Arizona residents began heading home Saturday after a massive wildfire, the attention turned to another blaze on the Mexican border that has burned more than 20,000 acres.

Gordon Van Vleet, a spokesman for the Joint Information Center, said that no cause has been determined for the so-called Monument fire, which has spread across the Huachuca Mountains.

"The cause of the fire is still under investigation," said Van Vleet, adding that authorities likely won't state a cause until the blaze is more under control.

But in a press conference, Sen. John McCain blamed illegal immigrants for starting unspecified fires in that area.

Thousands of pages of e-mail from former Alaska Gov. Sarah Palin's administration range from the mundane details of governing to efforts to crack down on state news leaks and push back against critics.

Scattered among the 24,000 pages, released by state officials in Juneau on Friday, are glimpses of Palin periodically butting heads with top Alaskan political figures as she pushed to get landmark oil and gas legislation through the statehouse; demanding that Exxon finish paying damages for the 1989 Exxon Valdez oil spill; even dealing with complaints about high school football rivalries by offering to bake brownies.

By June 2008, she was being sought out by national news outlets and being talked up as potential running mate for Republican presidential nominee John McCain. But the documents show her battling Alaska reporters even as McCain was preparing to put her on the national stage. 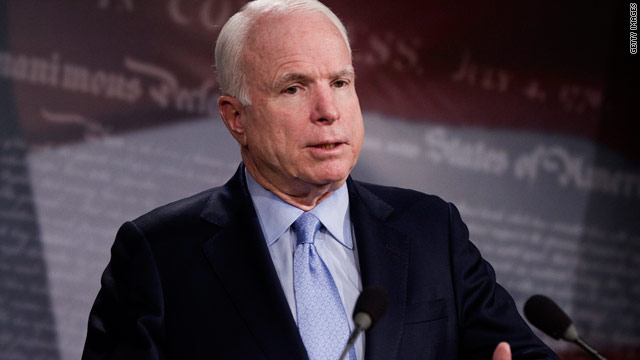 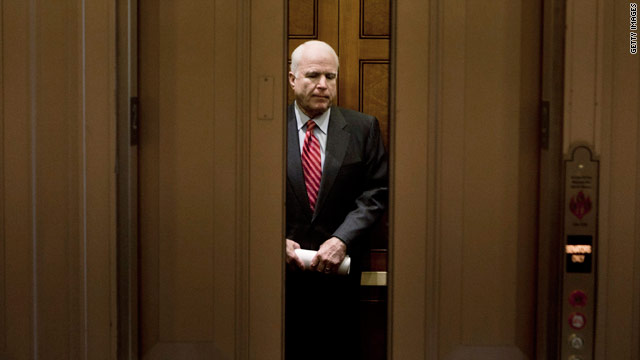 Members of the U.S. Senate voted down an amendment Saturday that would have taken out language that recognizes a relationship between offensive and defensive weapons from the preamble of the new START treaty, the proposed nuclear arms treaty with Russia. The vote was 59-37 against the amendment, which was put forward by Arizona Sen. John McCain.

Manila police said former police officer Rolando Mendoza, upset at having lost his job, held hostage a busload of tourists from Hong Kong on Monday and killed eight of them before being shot dead. A statement from the national police said officials have already noted "some observations and defects during their close monitoring of the unfolding events."

Sherrod's job interview –– Shirley Sherrod, who received an apology after being forced to resign from the Agriculture Department, will meet Tuesday morning with Agriculture Secretary Tom Vilsack to discuss a job offer.

It will be the first face-to-face meeting between the two since a controversial sequence of events last month culminated in her stepping down.

END_OF_DOCUMENT_TOKEN_TO_BE_REPLACED

"First, if you over emphasize a deadline that is not realistic, you are making the enemy a lot more bold," Jawad said. "You are prolonging the war. That deadline should be realistic. The line should be based on the reality on the ground and we should give a clear message to the enemy, to the terrorists who are a threat to everyone, that the United States, NATO, Afghans are there to finish this job."

President Obama and Gen. David Petraeus, who has replaced Gen. Stanley McChrystal as the top U.S. commander in Afghanistan, have said they would begin withdrawal in July 2011 depending on conditions on the ground.

Sens. Jon Kyl and John McCain, both Republicans from Arizona, called Monday for the immediate deployment of 3,000 National Guard troops to the state's border with Mexico and other steps to increase security.

END_OF_DOCUMENT_TOKEN_TO_BE_REPLACED

The "drill baby, drill" rally cry is back.

Arizona's senior senator, who faces a tough Republican primary fight this year, tweeted: "Drill baby drill! Good move – where are Reid and Pelosi on this?"

During the 2008 presidential campaign, McCain - as well as his running mate Sarah Palin - wholeheartedly favored offshore drilling as gas prices rose throughout the country. 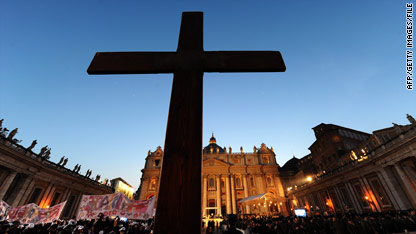 McCain and Palin on the trail again - Sen. John McCain is running for re-election and for the first time in nearly 20 years is facing a tough challenge from J.D. Hayworth. When he hits the campaign trail this weekend, there will be a familiar face alongside him - Sarah Palin.  The pair will be at an event in Tucson, Arizona, at 3:30 p.m. on Friday.