Abramoff to Blagojevich: 'Keep your head down'

On the day former Illinois Gov. Rod Blagojevich begins a 14-year prison sentence on a corruption conviction, he's getting some advice on life behind bars from someone who knows firsthand how hard it can be: Jack Abramoff.

Abramoff, a former Republican lobbyist, was the central figure in a corruption scandal that ultimately led to charges against numerous lobbyists and public officials. HeÂ served four years of a six-year sentence in federal prison.

In a poignant interview on CNN's "Starting Point," Abramoff offered a strategy to Blagojevich for surviving his incarceration. Watch the video to hear Abramoff's advice and reflections on his big regret the day he surrendered to authorities.

[Updated at 1:33 p.m. ET] Former Illinois Gov. Rod Blagojevich has been sentenced to 14 years in prison.

The judge said he does not have report to prison for 90 days.

"I do accept his apology in his testimony, and I do believe he may regret the fate of others," Judge James Zagel said.

But that wasn't enough for the judge.

"It comes late," he said, of Blagojevich's accepting responsibility for his actions.

In announcing the sentence Judge James Zagel said Blagojevich's abuse of the governor's office "is more damaging than any other office in the U.S." besides the presidency.

Zagel noted that he did not resign as governor despite the indictments, but if he had it might have helped show he accepted responsibility.

The judge told Blagojevich that he had ruined the careers of a few people who worked for him. Zagel also questioned part of Blagojevich's accepting responsibility.

"Why did the thoughts of his children not weigh heavily on his reckless conduct?" Zagel said.

Robert D. Grant, Special Agent-in-Charge of the Chicago Office of the Federal Bureau of Investigation applauded the sentence.

â€œThe sentence handed down today represents a repayment of the debt that Blagojevich owes to the people of Illinois," he said. "While promising an open and honest administration, in reality, the former governor oversaw a comprehensive assault on the publicâ€™s trust."

[Posted at 1:03 p.m. ET] Former Illinois Gov. Rod Blagojevich apologized to his state, his family and the judge, saying he is "unbelievably sorry," during his sentencing hearing for corruption convictions Wednesday.

END_OF_DOCUMENT_TOKEN_TO_BE_REPLACED 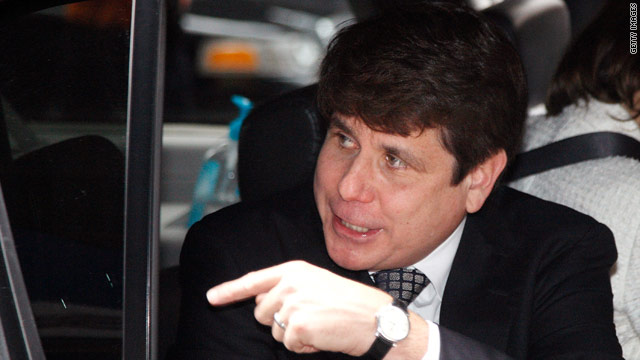 The promotion on the deep-discount airline's website features a photo of a big-haired Blagojevich look-alike whose clothes turn into an orange prison jumpsuit before vertical bars close over the image.

"We got these fares and they're f-ing golden," the title says.

"We are guilty of selling seats but we don't expect to serve time," the sale page reads.

Blagojevich was convicted Monday of 17 of 20 corruption charges relating to his attempt to peddle President Obama's U.S. Senate seat after the 2008 presidential election. A federal grand jury indicted Blagojevich in April 2009.

At the time of his arrest, prosecutors said court-authorized wiretaps caught Blagojevich expressing frustration that Obama transition officials were "not willing to give me anything except appreciation."

"I've got this thing, and it's (expletive) golden, and, uh, uh, I'm just not giving it up for (expletive) nothing. I'm not gonna do it," Blagojevich was quoted as saying in an FBI recording.

The Miramar, Florida-based airline is known for responding to news events with irreverent marketing pushes. Earlier this month, without mentioning disgraced Congressman Anthony Weiner, the airline launched a "weiner sale" touting $9 fares "too hard to resist."

It came up with an "Eye of the Tiger" sale just days after golfer Tiger Woods' 2009 auto accident; the cartoon ad showed a tiger crashing an SUV into a fire hydrant.

A Spirit ad during last summer's Gulf of Mexico oil spill didn't go over so well. It showed a woman slathered in suntan lotion (from a green-and-yellow bottle) with the invitation, "Check out the oil on our beaches!"

The current Spirit sale offers $17 one-way fares on certain round trips, available only to members of the airline's $9 Fare Club, which costs $59.95 a year. The sale ends at midnight ET Wednesday. The sale price does not include taxes, baggage fees and other fees.

Blagojevich's people were not amused. "No matter what you think about the former governor, most of the public knows he has a wife and two young daughters," Glenn Selig, a spokesman for Blagojevich, said Wednesday. "Nothing about what's happened is funny, and Spirit's marketing campaign is in poor taste." 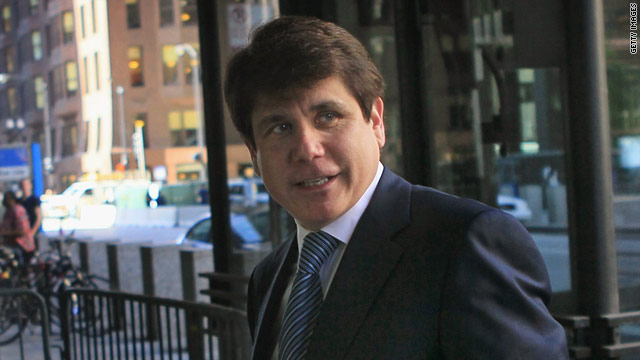 Former Illinois Gov. Rod Blagojevich was convicted Monday on 17 of the 20 public corruption charges against him.
June 27th, 2011
03:28 PM ET

A jury in the corruption case against Rod Blagojevich found the former governor of Illinois guilty of 17 of the 20 counts against him.

The 54-year-old former politician was found guilty on 10 charges related to wire fraud, and other chargesÂ of extortion,Â extortion conspiracy,Â solicitation of a bribe, andÂ  conspiracy to solicit a bribe.

Thirteen ofÂ the charges each carry a maximum penalty of 20 years in prison.

The charges against Blagojevich included trying to peddle the U.S. Senate seat held by Barack Obama before he resigned to become president. Blagojevich has denied any intention of bribery. 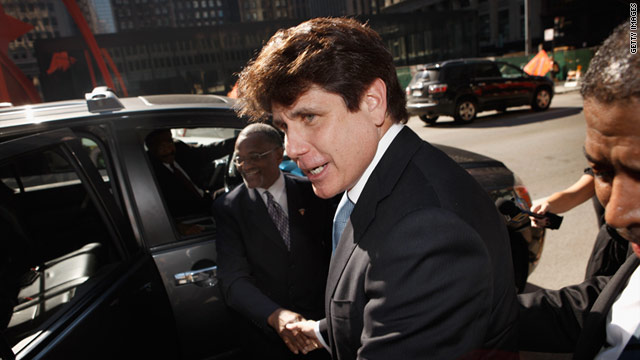 Source: Three charges to be dropped before Blagojevich re-trial

The racketeering, racketeering conspiracy and wire fraud charges were part of a broader indictment against Blagojevich, who faces re-trial in April.

The former governor still faces trial on 17 public corruption-related charges. He is accused of, among other things, trying to gain financially and politically as he weighed who to name U.S. senator when Barack Obama was elected president.

The first trial ended in August, when jurors convicted Blagojevich of lying to federal agents on one of 24 counts brought against him by the federal government. They deadlocked on all the other counts, and federal authorities soon thereafter signaled their intent to request a new trial.

Robert Blagojevich was previously charged with two counts of extortion conspiracy and one count each of wire fraud and extortion.

"I was in shock, and still am," Ettinger said. He said when he told his client, Robert Blagojevich said, "'Oh my God, oh my God.' And I told him 'You're done. You're free.' His wife is hysterical."

Ettinger said prosecutors told a judge at a hearing Thursday they were dropping the charges because of "the disparity in the roles between Robert and Rod" and "in the interests of justice."

The judge in the corruption trial of former Illinois Gov. Rod Blagojevich told the jury Thursday to re-examine their opinions and try to reach a unanimous verdict in the complex case.

"We received a response," the judge said,Â  adding that the jury said, "We have deliberated and have reached unanimous agreement on two counts and haven't been able to come to an agreement on the rest of the counts."

END_OF_DOCUMENT_TOKEN_TO_BE_REPLACED

Lawyers for Rod Blagojevich filed a motion Thursday seeking to subpoena President Barack Obama to testify in the corruption case against the former Illinois governor.

The 10-page motion contends Obama must have information in the case because the charges against Blagojevich involve alleged deal-making to fill the U.S. Senate seat vacated by Obama when he became president.