Michigan authorities search the home of the man accused of helping the alleged school gunman's parents and the manā€twitter.com/i/web/status/1ā€¦tA

Marc Short, the former chief of staff to Vice President Mike Pence, is cooperating with the January 6 committee, acā€twitter.com/i/web/status/1ā€¦Pi

California Republican Rep. Devin Nunes will leave the House in the coming weeks to pursue a new opportunity, the coā€twitter.com/i/web/status/1ā€¦f1

The Justice Department closes a second investigation into the infamous 1955 killing of Emmett Till after failing toā€twitter.com/i/web/status/1ā€¦76

Actor Jussie Smollett has taken the stand in his own trial over accusations he lied to police about an alleged hateā€twitter.com/i/web/status/1ā€¦Lp

Three more hostages from a missionary group kidnapped by a Haitian gang in October have been released. Two others wā€twitter.com/i/web/status/1ā€¦xo

Tea Party activists marked Tax Day with a high-profile rally in Washington and other protests across the country, but President Obama says the movement actually owes him a thank you.

END_OF_DOCUMENT_TOKEN_TO_BE_REPLACED 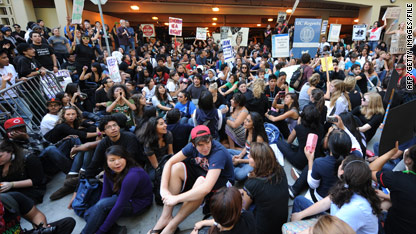 The rhetoric from government protesters has gotten increasingly intense -- and most of it is protected.

Angry in America ... and protected - On the eve of the April 19 protest planned by patriot groups in Washington, and on the heels of the Tea Partyā€™s Tax Day protests, we look at the way disgruntled citizens are expressing themselves. The angry rhetoric is not just coming from fringe groups but also mainstream liberal and conservative camps. And while much of theĀ  language sounds threatening, most of it is protected. Experts say itā€™s important to national security to let people vent, but some messagesĀ  in recent weeks have pressed the boundaries of free speech. CNN's Eliott McLaughlin reports.

Password protection for pacemakers - Just like computers, pacemakers and cardiac defibrillators can be hacked ā€” potentially stopping a personā€™s heart. A researcher at the University of Washington proposes some unique solutions, includingĀ  putting passwords on the health devices and tattooing the password on the patientā€™s skin. By John Sutter, with photo of the proposed tattoo system.