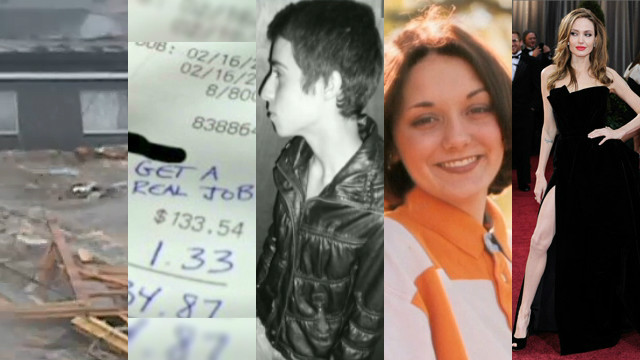 Editor's Note: This post is a recap of the top five videos on CNN.com from the past week. So in case you didn't catch our best videos during the week, here is your chance to see what you missed.
END_OF_DOCUMENT_TOKEN_TO_BE_REPLACED 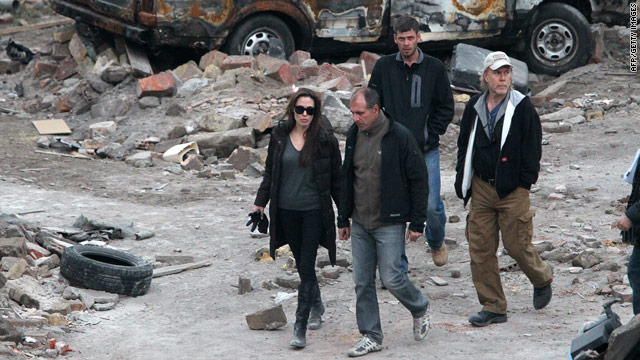 END_OF_DOCUMENT_TOKEN_TO_BE_REPLACED

Jolie's plea on Pakistan floods: 'We have to support them'

For Angelina Jolie, the scale and impact of the floods that have devastated Pakistan are apparent on the faces of those she meets.

She saw it in the eyes of a couple in their 70s - a husband who served twice in the military and built his house by himself for his family, one they've lived in for nearly 40 years.

"The man spoke to the fact that he never felt in his lifetime he is ever going to be able to recuperate what he lost," Jolie told Dr. Sanjay Gupta, CNN's chief medical correspondent. "That he would never have again nice things. He would never have a nice bed, a nice house. And she - they lived in this place since 1972. And raised their children and their grandchildren there. In a moment, a few hours, it was completely gone."

Jolie spoke to Gupta during her fourth trip to Pakistan as a spokeswoman for the U.N. refugee agency to help bring awareness to the country in the wake of devastating floods that have affected 21 million people.

It's a scene Jolie said may be hard for some to understand - especially because of how far away it is. If people saw the eyes of the children pleading for help, perhaps they'd understand the Pakistanis' will to live, she said.

"If they met all these children [who are] so resilient and are still children and so full of life and love and hope," Jolie said that she thinks people would grasp the situation better.

"I think it is - this part of the world, they are resilient people. Think of all that they have been hit with. They continue to move on, to rebuild."