President Biden intends to end the Covid-19 national and public health emergencies on May 11 after one final extensātwitter.com/i/web/status/1ā¦1n

Three Memphis Fire Department personnel who responded to the Tyre Nichols beating have been fired, according to theātwitter.com/i/web/status/1ā¦5p

The paparazzi pursuit of Justin Bieber along Los Angeles freeways is a "tragedy waiting to happen," a Los Angeles city councilman warned.

Dennis Zine, who has sponsored tougher punishment for photographers who break the law while staking celebrities, witnessed an example Friday of why the practice is so dangerous.

"I expected to see a crash," said Zine, a 33-year veteran of the Los Angeles Police Department and still a reserve officer. "The danger is of someone getting killed."

Bieber's Fisker Karma - a $100,000 electric sports car - looked like a silver bullet as it zoomed past Zine at 100 mph on U.S. 101 Friday morning, he said. "He was coming up behind me, making abrupt lane changes, not giving signals, cutting off cars."

Four or five other cars followed close behind, apparently carrying photographers stalking Bieber, he said. "They were close by, at a rapid speed, all of them."

"It's like a miracle that nothing happened," Zine said. "It was mere luck that no one got involved in a collision."

Justin Bieber was cited for reckless driving, according to news reports from Los Angeles.
July 7th, 2012
12:02 AM ET

Pop star Justin Bieber was cited for speeding on a Southern California freeway Friday after a trying to evade paparazzi in a high-speed chase, according to news reports from Los Angeles.

L.A. City Councilman Dennis Zine, a former police officer,Ā  told CNN affiliate KABC-TV that he witnessed the incident on the South 101 Freeway in Studio City and reported it to the California Highway Patrol.

He said Bieber was traveling at about 100 mph in his Fisker Karma hybrid.

"It was like a rocket ship coming by, I'm not exaggerating when I say that,"Ā  KABC quoted Zine as saying. "When it passed me, it had to be going close to 100 mph."

Zine told the Los Angeles Times that the chase between Bieber and the paparazzi spread across the freeway and even on to the shoulder.

"It was like slot cars, they were going so fast," the Times quoted Zine as saying. "It was a veryĀ dangerous driving situation. I figured someone was going to crash,Ā  so I called 911."

END_OF_DOCUMENT_TOKEN_TO_BE_REPLACED

The Billboard Music Awards aired Sunday night on ABC with a bevy of top performances from musicās luminaries.

Beyonce, who took home the Billboard Millennium Award, rocked the place into a frenzy. The singer delighted fans with a fiery performance of her new single, āWho Run the World (Girls)" before receiving the award from her mother, Tina Knowles.

On Twitter Sunday night, the eventās goings-on were heavily and hilariously tweeted,Ā with Lady Antebellum, Billboards, Black Eyed Peas and Fergie all being top Twitter topics.

āI first want to start off by thanking my foundation, my family," she said. "I like to thank my father for teaching me so much about the music industry ... I like to thank (former Destiny's Child members) Kelly and Michelle," she said.

Rihanna won top female artist, screaming āRihanna Naveeeey," an endearing term for her legion of fans, into the mic in what passed for a short acceptance speech. 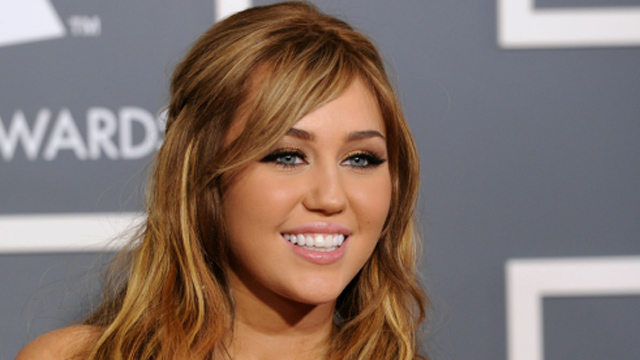 Miley as Bieber - Miley Cyrus talking to herself got big laughs on "Saturday Night Live" this past weekend. Well, it was Miley as Justin Bieber talking to Vanessa Bayer as Miley Cyrus, actually.

END_OF_DOCUMENT_TOKEN_TO_BE_REPLACED

Babette Beatty (then Babette March) had already been on the cover of Elle before launching the Sports Illustrated swimsuit issue.
February 18th, 2011
11:48 PM ET

Reflections from SI's first swimsuit star: Babette Beatty, born in Germany and raised in Brazil and Canada, now lives in relative obscurity in the Oregon boondocks. But in 1964 in Sports Illustrated's very first swimsuit cover, she was a page-turner. "It was just another job," she said. "I never expected it to be big. It just didn't even enter my mind."

The United States vetoes U.N. resolution against Israel: The U.N. Security Resolution would have declared Israeli settlements in the West Bank illegal.Ā U.S. Ambassador Susan Rice said that while the United States agrees about "the folly and illegitimacy of continued Israeli settlement activity, we think it unwise for this council to attempt to resolve the core issues that divide Israelis and Palestinians."

Diver apparently killed by sharks: Peter Clarkson, a well-known abalone expert, was attacked by two sharks as he returned to the surface from a dive, according to theĀ watersport site Swellnet.Ā Ā Divers in the shark-filled waters off South Australia often use shark cages, but Clarkson was not in a cage when he was attacked, police Senior Sgt. Mick Walsh toldĀ Adelaide Now.

Justin Bieber's views on abortion cause stir: The teenage hearthrob's opinion on abortion, in the latest issue of Rolling Stone Magazine,Ā threatens to create a Belieber Backlash. "I really don't believe in abortion. I think [an embryo] is a human. It's like killing a baby. [In the caseĀ of rape], I think that's really sad, but everything happens for a reason. I don't know how that would be a reason. I guess I haven't been in that position, so I wouldn't be able to judge that."

4.3 quake shakes tiny, tremor-filled Arkansas town: Speaking of rolling stones ... . Since September, seismologists have recorded 700 temblors around the town of Guy, Arkansas. The Arkansas Geological Survey has recorded 50 quakes in and around Guy since Sunday. That includes Friday morning's 4.3 window-rattler and three other lesser quakes that occurred within 20 minutes of each other around 11 a.m.

On the Radar: Pat downs, gas prices and L.A. stories

Travel trouble - This week is brought to you by the letter T - which stands for turkey, travel and TSA. Backlash against the Transportation SecurityĀ Administration's pat-downs is swellingĀ as millions get ready to travel for the holiday. Some of the criticism: A North Carolina cancer survivor recalls having to show a screener her prosthetic breast. There's video on the Web of a screener patting downĀ what appears to be a shirtless child while his frustrated father looks on.

Gas prices up - If news about airport hassles makes you want to drive, know that there's hassle in that option, too.Ā  GasĀ prices are about 23 cents higher than this time last year, clockingĀ a national average of $2.87 per gallon for self-serve unleaded gas, says publisher Trilby Lundberg of the Lundberg Survey.

END_OF_DOCUMENT_TOKEN_TO_BE_REPLACED

Cities of all sizes from all over the world are turning to digital twins, virtual 3D models that use real-time dataātwitter.com/i/web/status/1ā¦Aw
cnni

8:45 am ET January 31, 2023 RETWEET
From waterfall pools to hidden beaches, here's what to see on what locals call a "virgin island" cnn.it/3kU5aRi
cnni

Cities of all sizes from all over the world are turning to digital twins, virtual 3D models that use real-time dataātwitter.com/i/web/status/1ā¦Aw
cnni

8:45 am ET January 31, 2023 RETWEET
From waterfall pools to hidden beaches, here's what to see on what locals call a "virgin island" cnn.it/3kU5aRi
cnni

6:41 pm ET January 30, 2023 RETWEET
President Biden intends to end the Covid-19 national and public health emergencies on May 11 after one final extensātwitter.com/i/web/status/1ā¦1n
cnnbrk

6:14 pm ET January 30, 2023 RETWEET
Three Memphis Fire Department personnel who responded to the Tyre Nichols beating have been fired, according to theātwitter.com/i/web/status/1ā¦5p
cnnbrk

11:42 am ET January 30, 2023 RETWEET
At least 17 are dead and 83 injured after a blast inside a mosque mostly attended by law enforcement officials in Pātwitter.com/i/web/status/1ā¦OP
cnnbrk