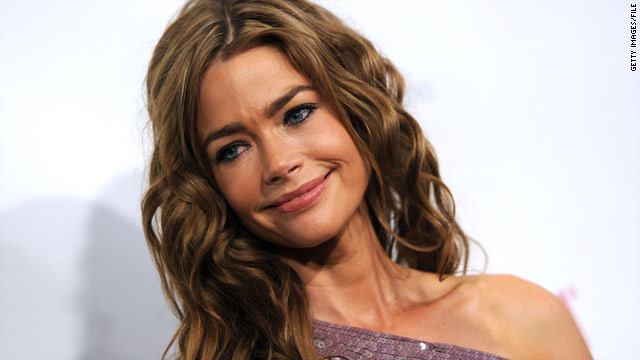 As if Charlie Sheen didn’t have enough problems, like having his show canceled and sons taken, now his ex-wife is saying he poses a risk to their daughters, TMZ reported. Richards said she is “disgusted” with Sheen and called him unstable, saying she didn’t want him or his “goddesses” – girlfriends Bree Olsen and Natalie Kenly – around daughters Sam, 6, and Lola, 5, according to the website.
END_OF_DOCUMENT_TOKEN_TO_BE_REPLACED

WebPulse: Screening, sweating and The Situation

The online chatter-battle over how much bod one should share with airport security screeners continues as Thanksgiving travel begins. If you're curious which airports have body scanning technology, find that here. When we're traveling, we'll be loading up on headache soothing apps and a few drinks. (Starbucks is giving away certain menu items until November 21.)

Ooh, yeah ... that makes us sing Kanye's catchy old "Workout," ditty ("All them mocha lattes/ya gotta do Pilates") ... Pause for little WebPulse dance. Ok ... Where were we? Oh, yeah, getting fat. There's no doubt you'll hear someone lamenting that they need to get in the (high-concept) gym after stuffing themselves with turkey. Beat 'em all to it and get on that treadmill and sweat for a few. Rest assured that no one expects you to be Tom Cruise. Look, America's most beloved Scientologist is sitting on the world's tallest building! You will never be as physically able as Tom Cruise, and in that you should find peace.

We're not sure how to transition to discussing a weird ad about safe sex featuring Bristol Palin and The Situation. There are so many cheap jokes to be had here. We don't know where to start, so we'll leave it to you. Just watch.