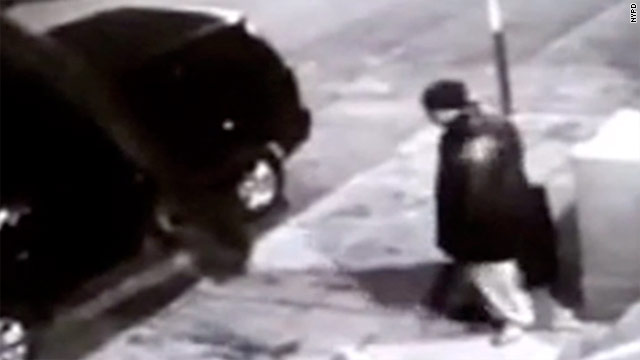 These are the five most popular stories on CNN.com in the past 24 hours, according to NewsPulse:

New York police video may yield clues: New York police said Friday they have new video showing what they called a "person of interest" in the case of a woman whose body was found in a suitcase earlier this week.

New York governor makes admission: New York Gov. David A. Paterson said "in retrospect" he regretted not informing the victim's family before he commuted the sentence of a man convicted of killing an unarmed teenager during a confrontation.

Some of Google's ex-workers fight the machine:Â  Some of the people who leave Google are challenging the company in the best way an engineer knows how: by developing programs that could detract from Google's core business.

Threat of winter weather grounds flights: Delta Air Lines has pre-emptively canceled approximately 500 Christmas Day flights, a company spokesman said Friday, as it and other U.S. airlines work to get ahead of a storm that's threatening the East Coast.

Last combat convoy leaves Iraq - The last U.S. brigade combat team in Iraq crossed the border into Kuwait early Thursday, the military said. Its departure leaves about 56,000 U.S. troops in the country, about 6,000 more than President Obama said would be there as of September 1.

The departure comes more than seven years after U.S. combat forces entered the country. As they leave, Iraq remains without a functioning government. Electricity and other utilities are available only sporadically in Baghdad. Violence also appears on the rise, as 48 people were killed earlier this week outside a military recruiting center in the capital.

Jobless claims spike - Bad news for the economy and workers arrived Thursday in the form of a Labor Department jobless report. It said that the number of unemployed Americans seeking assistance reached its highest level in nine months. First-time filers reached the half-million mark last week, according to the report, marking three weeks of increases. Last week, the number was 488,000. An economist says the report indicates "a bad trend."

New York's governor seeks mosque compromise - Gov. David Paterson says he wants to discuss plans for a mosque and Islamic center near ground zero in Manhattan. Plans for the structure to be built near the site of the World Trade Center towers has sparked heated debate, and Paterson is hoping to reach a compromise with the developers. He said it would be "a noble gesture" to find a site farther away from ground zero but which still serves the area.

Millions of eggs yanked from shelves - The Egg Safety Center says a voluntary recall could include 380 million eggs. The center said the eggs were pulled because of fears over salmonella, and that Wright County Egg was fully cooperating with the U.S. Food and Drug Administration. The FDA traced an uptick infections to the Iowa company, which is determining how the eggs became contaminated.

Reports: Site of Islamic Center up in air

New York Gov. David Paterson may meet with developers who had been pushing to build an Islamic center near ground zero.

Paterson is set to meet with the group this week to offer them state land to construct the controversial mosque at another location, according to CBS 2 and other news outlets.

However, New York 1 is reporting in an exclusive interview with the developer that he has no intention of budging. Sharif el-Gamal imagined what he hoped the center would mean in a story Tuesday. "A landmark, an iconic building that will have people come and visit it from around the world," he said. "This looks like it is going to be the most famous community center in the world."

The Islamic center's leaders say they plan to build the $100 million, 13-story facility called Cordoba House two blocks from the site of the 9/11 attacks. El-Gamal has describe the project as an "Islamic community center" that would include a 500-seat performing arts center, a lecture hall, a swimming pool, a gym, a culinary school, a restaurant and a prayer space for Muslims.

iReport: What's your take on the issue?