The storm formerly known as Hurricane Isaac continues to trek northward as the U.S. Gulf Coast starts to recover.Â  Watch CNN.com Live for continuing coverage of the storm.

10:00 am ET - Romney and Ryan's RNC farewell - GOP presidential ticket Mitt Romney and Rep. Paul Ryan appear at an RNC "farewell victory rally" in Lakeland, Florida.Â  They will late participate in a "victory" rally in Richmond, Virginia, at 2:00 pm ET.

END_OF_DOCUMENT_TOKEN_TO_BE_REPLACED

[Updated 4:15 a.m. Friday] Isaac, now a tropical depression is working its way up the Mississippi River Valley, bringing heavy rain and the threat of flash floods to the area. A tornado watch remains in effect for much of Mississippi. Parts of Arkansas and Mississippi are under flash flood watches and warnings, according to the National Weather Service.

[Updated 10:21 p.m. ET] The folks who catch the shrimp we enjoy on our tables are a tough lot, a breed apart. Not a few of them rode out Isaac on their boats.

[Updated 10:09 p.m. ET] Electric utility Entergy says it will bring its Waterford 3 nuclear plant back online over the coming days. The plant, 25 miles from New Orleans, was shut down Tuesday as a precaution as Tropical Storm Isaac approached. About 41 percent of all homes in Entergy's Louisiana service area were without power as of late afternoon.

[Updated 9:54 p.m. ET] The Salvation Army says it has provided more than 8,000 meals, 7,000 drinks, 6,000 snacks, and emotional and spiritual care to nearly 600 individuals along the Gulf Coast during the storm period.

[Updated 9:44 p.m. ET] New Orleans Saints quarterback Drew Brees tweeted a message of support for the folks back home while the Saints prepared for a preseason game against the Tennessee Titans in Nashville:

"I'd say in one word, it's a mess," Pass Christian Mayor Chipper McDermott told WLOX. "We had 215 boats in the harbor, and all but six or seven got out. As you can see, three are in the road, and that is a big problem."

Boat owners were under orders to remove their vessels from the harbor before the storm struck. McDermott wants to have a word with those who didn't.

END_OF_DOCUMENT_TOKEN_TO_BE_REPLACED 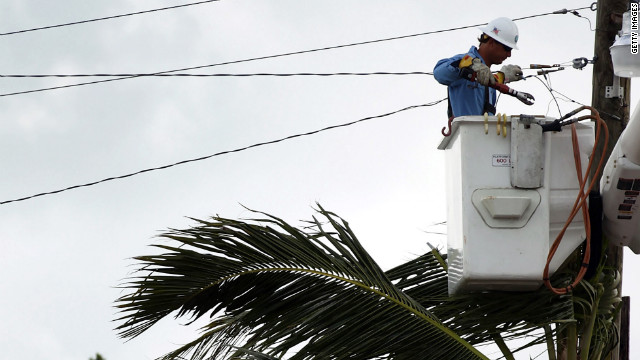 Almost 1 million without power from Isaac 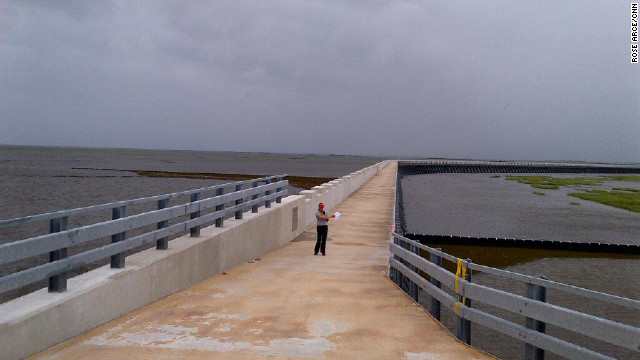 END_OF_DOCUMENT_TOKEN_TO_BE_REPLACED

In 'The Walk,' a massive new theater piece spanning eight countries and 5,000 miles, a giant puppet of a refugee giâ€twitter.com/i/web/status/1â€¦dZ
cnni

9:30 am ET June 22, 2021 RETWEET
Billie Eilish has apologized after a video surfaced of her apparently mouthing along to a song as an anti-Asian racâ€twitter.com/i/web/status/1â€¦P3
cnni

9:24 am ET June 22, 2021 RETWEET
Senegal and Liverpool football star Sadio Mane has donated $693,000 to help fund the construction of a hospital inâ€twitter.com/i/web/status/1â€¦aM
cnni