Some 9,000 U.S. Marines will be transferred off the Japanese island of Okinawa under an agreement reached by U.S. and Japanese officials, a U.S. Defense Department official said. 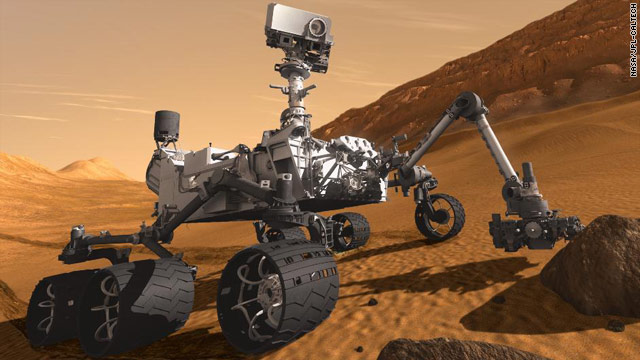 Next Mars mission: Where on Mars will we go next year?

NASA and the Smithsonian's National Air and Space Museum on Friday will announce the destination for the latest Mars rover, scheduled to land on the Red Planet in August 2012.

The newest rover, called the The Mars Science Laboratory, or Curiosity, is scheduled for liftoff from the Kennedy Space Center in Florida in November.

Curiosity, two times as long and five times as heavy as previous Mars rovers, will look for conditions that could sustain microscopic life and any evidence of past life on Mars.

NASA's two previous Mars rovers, Spirit and Opportunity, began their planned three-month missions on Mars in 2004. Spirit stopped communicating with Earth in 2010, but Opportunity is still at work, just last week logging its 20th mile on the Martian surface.

Watch Friday's event live and engage in a live chat at http://www.ustream.tv/nasajpl beginning at 10 a.m. ET.

Missing Pacific boaters: The U.S. Coast Guard is sending one of its ships to Fanano atoll in the South Pacific after a small boat matching the description of a skiff reported missing with 15 people was spotted on the uninhabited atoll aboard 600 miles southeast of Guam.

The crew of a vessel leaving Ruo Island, the intended destination of the missing skiff, reported seeing an overturned boat on the beach of the Fanano atoll, the Coast Guard said in a statement. Several people were also on shore, it said.

A long-range Navy search plane flew over the area after the Coast Guard received the report.

"Once on scene, the aircraft reported back that a damaged vessel was overturned on the beach and several crude shelters had been erected on the beach," the statement said.

Wi Sung-lac, the chief negotiator for the South, has proposed holding talks with Ri Yong-ho, who is widely expected to succeed Kim Kye-gwan as the North's top envoy to the multilateral talks, South Korea's Yonhap news agency reports.

The agenda of their discussion has not been disclosed.

This is North Korea's first response to South Korea's proposal to hold nuclear talks since the beginning of this year, a South Korean foreign ministry official who did not want to be identified due to sensitivity of the matter told CNN.

North Korea pulled out of the six-party talks on nuclear disarmament in 2008. 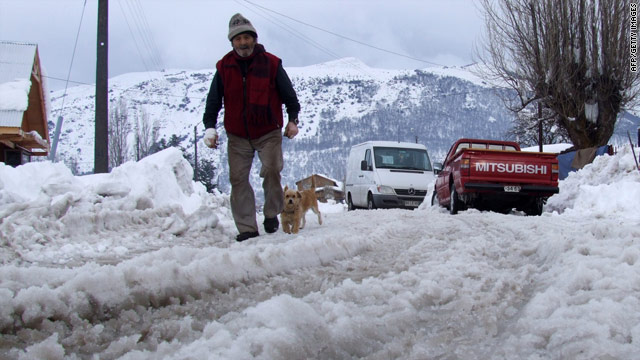 Snow disaster: Chilean officials have declared a "catastrophe" in eight municipalities after heavy snow blanketed communities and blocked roads in what the nation's interior minister called a "white earthquake." And more snow is expected.

"It has snowed more than ever," Curacautin Mayor Jorge Saquel told CNN Chile. "This is an anomaly. ... This worries us because the meteorologists assure us that new snowstorms are coming."

In the city of Lonquimay, officials said snow had piled more than 2.3 meters (7.5 feet) high.

Interior Minister Rodrigo Hinzpeter on Wednesday called the situation a "white earthquake" and asked the country's military and public works officials to help citizens in some of the hardest-hit areas in the country's central Araucania region.

"This storm is strong and it is likely that in the coming days we could suffer from more bad weather fronts, more heavy snowfall, that make the situation even worse," Hinzpeter said.

Search for 15 missing boaters: The U.S. Coast Guard, with international assistance, continued an expansive search Thursday for 15 people missing after a skiff disappeared about 600 miles southeast of Guam.

Russell said searchers had not found any sign of the boat or the passengers and crew.

The small boat, which carried six children and nine adults, was last seen near Chuuk, a group of islands in the Federated States of Micronesia, on Monday, said the Coast Guard.

It was headed for tiny Ruo Island, also part of the federation, about 70 miles northeast of Chuuk, said the Coast Guard.

NFL lockout: There are signs that the bitter labor battle between the National Football League owners and players could end as early as Thursday.

The league's 32 owners are scheduled to meet in Atlanta on Thursday, where they are expected to vote on a new labor agreement with the players' union, the NFL said.

Both the owners and players are expected to have separate votes that could end the work stoppage. 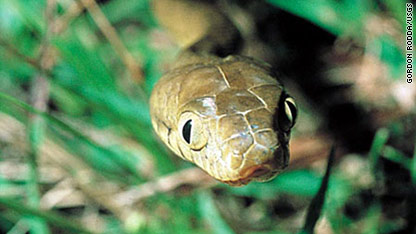 Dead mice packed with acetaminophen, strapped to pieces of cardboard and dropped from helicopters may help control one of the big headaches for the Pacific island of Guam â€“ the brown tree snake.

The U.S. Department of Agriculture last week began dropping the expired rodents packed with 80 mg of the generic equivalent of Tylenol on the forests of Naval Base Guam.

Since scientists discovered that the household pain reliever was deadly to the brown tree snakes, theyâ€™ve been trying to figure out how to get it to where many of the serpents live in the canopies of the islandâ€™s forests, according to a report in Stars & Stripes. The Tylenol-loaded mice are attached to two pieces of cardboard joined by paper streamers that snake exterminators hope will catch on tree branches, providing deadly snacks for snakes at those heights, according to the Stripes report.

END_OF_DOCUMENT_TOKEN_TO_BE_REPLACED

The name of Mary Jackson, NASA's first African American female engineer and one of the barrier-breaking inspirationâ€twitter.com/i/web/status/1â€¦eI
cnni

11:03 pm ET February 26, 2021 RETWEET
With the combination of celebrity book clubs and a seemingly endless number of streaming services looking for conteâ€twitter.com/i/web/status/1â€¦Ci
cnni