Last week, he said he was sorry about his bizarre, drunken outburst on CNN about an American citizen held prisoner in North Korea.

Now, Rodman says he's sorry about what's going on inside North Korea, a nation renowned for its human rights abuses.

But the eccentric former NBA star known as "The Worm" isn't contrite about his latest puzzling visit to the secretive state.

Eccentric former basketball star Dennis Rodman may not have brought imprisoned American Kenneth Bae back with him from North Korea, but he did emerge with something that set tongues wagging: the purported name of Kim Jong Un's baby daughter.

Rodman, who calls North Korea's young ruler his friend, returned this weekend from his second trip to the reclusive, nuclear-armed nation this year.

As he passed through Beijing airport on Saturday, he remained tight-lipped about what went on during his latest visit.

But he appears to have been more candid in an interview Sunday with the Guardian, a British newspaper, in which he described the "relaxing time by the sea" he spent with Kim and his family. And he also let slip the baby's name. 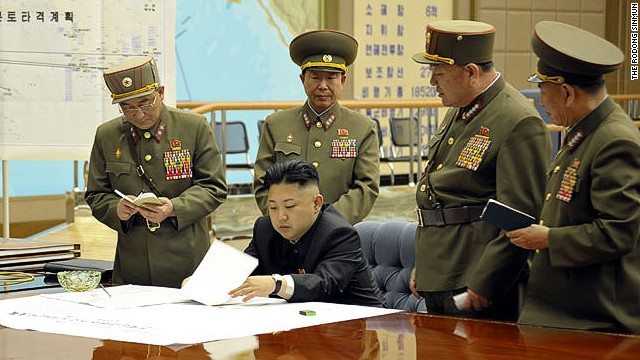 Kim Jong Un is briefed by his generals in this undated photo. On the wall is a map titled "Plan for the strategic forces to target mainland U.S."
May 18th, 2013
09:54 AM ET

The ministry said it had detected two launches in the morning, followed by another in the afternoon, Yonhap reported.

The missiles were fired in a northeasterly direction, away from South Korean waters, the ministry said.

South Korea has beefed up monitoring on North Korea and is maintaining a high-level of readiness to deal with any risky developments, the ministry added, according to Yonhap. 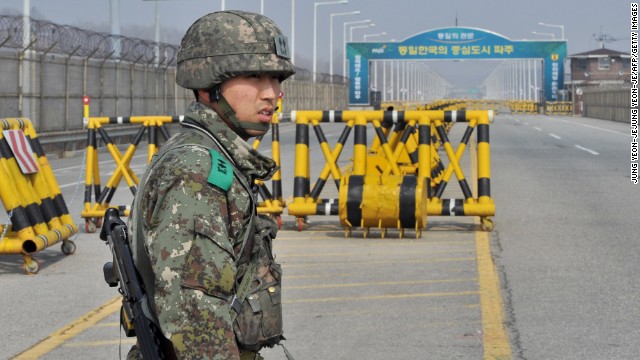 NE Asia on edge ahead over N. Korea

Countries in northeast Asia remained on edge Wednesday amid warnings from U.S. and South Korean officials that North Korea could carry out a missile test at any point.

Japan has deployed missile defense systems around Tokyo, some Chinese tour groups have canceled visits to North Korea, and U.S. radars and satellites are trained on an area of the Korean east coast where Kim Jong Un's regime is believed to have prepared mobile ballistic missiles for a possible test launch.

After weeks of belligerent threats and provocative gestures from Pyongyang, the situation on the Korean Peninsula is fragile.

9:30 am ET - Congress talks Korea conflict - The North Korea situation will be the focal point of discussion when the Senate Armed Services Committee discusses funding the U.S. Pacific Command and U.S. Forces Korea.

END_OF_DOCUMENT_TOKEN_TO_BE_REPLACED 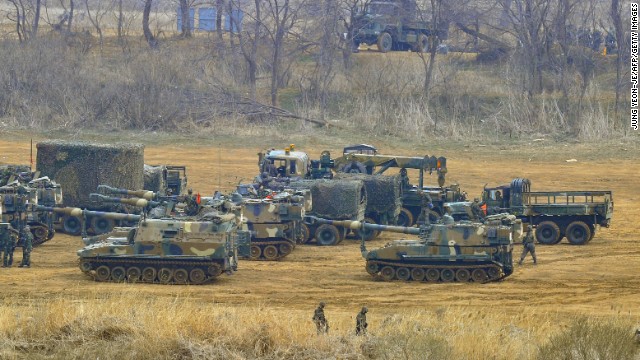 Seoul thinks Kim may test a missile this week

South Korea's government said Sunday it believes North Korea may test a missile around April 10, citing as an indicator Pyongyang's push for workers to leave the Kaesong Industrial Complex by then.

Seoul "is on military readiness posture," said South Korea's Blue House spokeswoman Kim Haeng in a briefing. She said national security chief Kim Jang-soo also based the assessment on North Korea's hint to foreign diplomats in Pyongyang to send personnel out of the country.

Watch CNN.com Live for gavel-to-gavel coverage of the trial of Jodi Arias, who's accused of killing her ex-boyfriend in 2008.  The trial is scheduled to resume on Monday, April 8.

North Korea on Wednesday stirred up fresh unease in Northeast Asia, blocking hundreds of South Korean workers from entering a joint industrial complex that serves as an important symbol of cooperation between the two countries.

The move comes a day after Pyongyang announced plans to restart a nuclear reactor it shut down five years ago and follows weeks of bombastic threats against the United States and South Korea from the North's young leader, Kim Jong Un, and his government.

The South Korean president on Monday warned North Korea that any provocative moves will be met with "a strong response" as the United States deployed stealth fighter jets in the tense region as part of joint military exercises.

"If there is any provocation against South Korea and its people, there should be a strong response in initial combat without any political considerations," President Park Geun-hye said at a meeting with senior defense and security officials, according to her office.

North Korea's leader Kim Jong Un has signed off on a plan to prepare rockets to be on standby for firing at U.S. targets, including the U.S. mainland and military bases in the Pacific and in South Korea, state media reported Thursday.

$85 billion in automatic across-the-board spending cuts became law last week, as President Obama and Congress struggle to find a solution to the crisis.  Watch CNN.com Live for continuing coverage on this story.

END_OF_DOCUMENT_TOKEN_TO_BE_REPLACED 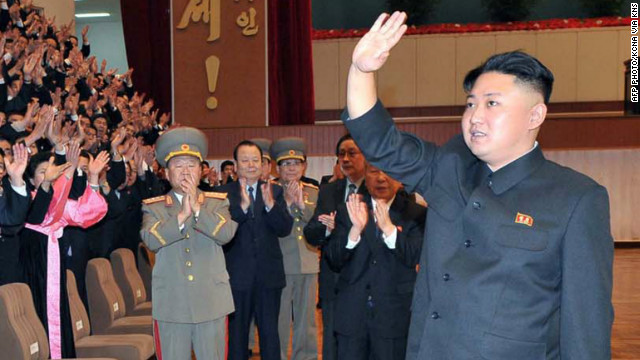 [Updated at 7:07 a.m. ET] China has summoned the North Korean ambassador to China over its "dissatisfaction" with the country's third nuclear test, the Foreign Ministry said in a statement.

President Obama will deliver his fourth State of the Union address before Congress tonight.  Watch CNN.com Live for all of your political coverage.

9:30 am ET - Military sequestration hearing - What would threatened across-the-board budget cuts mean for the U.S. military and national defense?  Top Pentagon and military officials discuss the matter before the Senate Armed Services Committee.

END_OF_DOCUMENT_TOKEN_TO_BE_REPLACED

North Korea said Thursday that it plans to carry out a new nuclear test and further long-range rocket launches, all of which it said are a part of a new phase of confrontation with the United States.

The North's National Defense Commission said the moves would feed into an "upcoming all-out action" that would target the United States, "the sworn enemy of the Korean people."

North Korea's state news agency has put out some photos of the rocket launch earlier this week that is believed to have put a satellite into orbit. 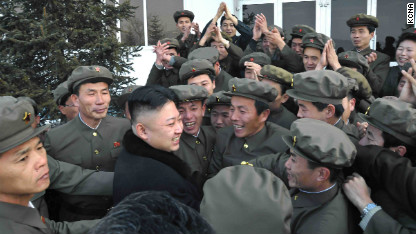 And here's a shot of the launch. 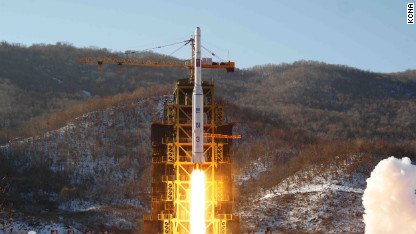 "We will go to New York with a full head of steam and work hard with our partners on the council to get a tough, swift reaction," one official said.

Little is known about Kim, who became the third generation of his family to lead his reclusive country when he assumed power following the death of his father, Kim Jong Il, in December.

Kim Jong Il, known as "Dear Leader" had ruled for 17 years after inheriting power from the country's founding father, Kim Il Sung, the eternal president and "Great Leader." Kim Jong Un was granted the title of "supreme leader." His age is still a source of speculation, though it's thought he's in his late 20s.

Recently the leader had been seen alongside a "mystery woman" at a Pyongyang theater to watch a performance of North Korea's Moranbong band. The display included a cast of Disney characters.

That outing wasn't her only high-profile appearance at the North Korean leaders' side.

The same woman was seen on state TV a few days later walking a few paces behind Kim as he toured Kumsusan Palace in Pyongyang, then standing to attention at Kim's side as they and top military officials paid tribute to his grandfather Kim Il Sung, North Korea's founding father, on the anniversary of his death.