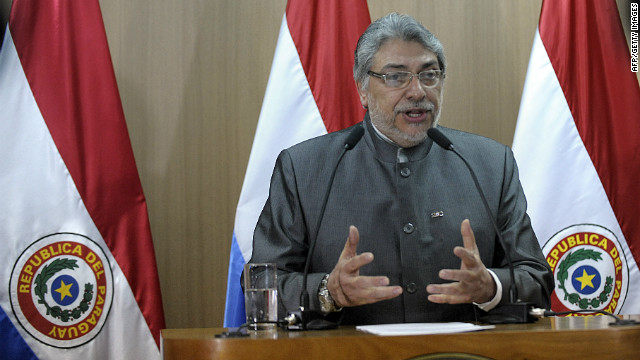 Paraguay's president is under pressure after an impeachment vote in the lower chamber of Congress on Thursday, but Fernando Lugo says he will not resign.

Lugo's presidency became endangered when a liberal party that backed him decided to join an opposition party in supporting impeachment.

The impeachment proceedings follow a June 15 incident in which police clashed with landless peasants, resulting in 17 deaths.

The lower chamber voted in favor of impeachment, and the issue will now go before the Paraguayan Senate.