America had 11 million jobs available in October, which was short of this summer's record high, according to new LaŌĆtwitter.com/i/web/status/1ŌĆ”VT

India's top military official and his wife are among the 13 people killed in an air force helicopter crash, officiaŌĆtwitter.com/i/web/status/1ŌĆ”vL

The Falkland Islands government on Tuesday announced that the British territory will hold a referendum on its political status.

The vote is intended to affirm islanders' desire to remain a self-governing territory of the United Kingdom and to reject claims of ownership by nearby Argentina.

The Argentine government in recent months has stepped up its rhetoric over the disputed islands, saying that the U.K. is exploiting its resources. The British defeated Argentina in a 1982 war over the territory.

"We have thought carefully about how to convey a strong message to the outside world that expresses the views of the Falklands people in a clear, democratic and incontestable way," said Gavin Short, chairman of the Falklands legislative assembly. 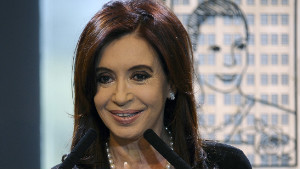 END_OF_DOCUMENT_TOKEN_TO_BE_REPLACED

Argentine president to British PM: Can we talk Falklands?

12:45 pm ET December 8, 2021 RETWEET
Instagram launches "Take a Break" tool, which will encourage users to spend some time away from the platform afterŌĆtwitter.com/i/web/status/1ŌĆ”7y
cnni