The eccentric basketball player is visiting Pyongyang to celebrate the birthday of North Korean leader Kim Jong Un, a man he calls a friend and a "very good guy."

In an exclusive interview Tuesday with Chris Cuomo of CNN's "New Day," Rodman suggested that Bae deserved his 15-year sentence.

This isn't the first time critics have called New Jersey Gov. Chris Christie a bully. But now the man many consider a Republican presidential frontrunner is on the defensive, scrambling to distance himself from an erupting political scandal that threatens to tarnish his image well before the 2016 elections.

E-mails that surfaced Wednesday suggest top Christie appointees orchestrated traffic jams on the George Washington Bridge as part of a political vendetta to punish a local mayor who wouldn't support him at the polls. Lane closures around approaches to the country's busiest bridge snarled traffic for days in September in Fort Lee, New Jersey - a problem the governor and his administration had originally blamed on a mishandled traffic study.

In response to the e-mail firestorm, Christie said Wednesday that he was misled by staff. He called the conduct outrageous and said he knew nothing about it.

Eccentric basketball star Dennis Rodman's bizarre outburst about an American citizen jailed in North Korea has drawn widespread criticism, including from the prisoner's family.
Rodman is in North Korea with other former NBA players for a basketball game against a local team that's due to take place Wednesday, the birthday of the country's leader Kim Jong Un.
Rodman, 52, who visited North Korea three times previously in the past year, describes Kim as a beloved friend, shrugging off the regime's heavily criticized human rights record.

Weather: South paw to wallop polar vortex back up to Canada

Soon, it will be time to strike up an old fight song and send the iceman packing: "Na Na Hey Hey Kiss Him Goodbye!"
The mighty polar vortex marched down the length of the nation to the Gulf of Mexico with a glacial momentum that may have seemed unstoppable.
But its days are numbered, as a southern one-two punch is set to knock the rare arctic blast back up to Canada, said CNN meteorologist Jenny Harrison.

Basketball star Dennis Rodman defended his controversial visit to North Korea with a team of former NBA players in a combative exchange Tuesday, saying it was a "great idea for the world."

In an exclusive interview with Chris Cuomo of CNN's "New Day," Rodman reacted angrily when pressed on whether the group should have traveled there given recent events in the secretive country.

The trip takes place just weeks after North Korea shocked the world by announcing the purge and execution of Kim's once-powerful uncle. There are also concerns for the welfare of U.S. citizen Kenneth Bae, who's been detained there for more than a year for reasons that are unclear.

The other former NBA players are due to take part in a controversial basketball game on the birthday of Kim Jong Un, the country's young, unpredictable leader. The friendly contest with North Korea's team is planned for Wednesday, when Kim is believed to turn 31.

Lindsey Vonn out of Sochi Olympics

Lindsey Vonn's knee troubles apparently are too much to overcome in time for Sochi.

Vonn, the reigning Olympic and World Cup downhill skiing champ, will not compete in next month's Winter Olympics, according to a post Tuesday on her official Facebook page.

"I am devastated to announce that I will not be able to compete in Sochi," Vonn's post read.

The news comes 11 months after she hurt her right knee knee at the world championships. The four-time World Cup overall champion underwent reconstructive surgery but aggravated the problem in a crash during training in November.

A $6.4 billion plan to extend unemployment insurance benefits to eligible workers for another three months cleared a key procedural hurdle in the Senate on Tuesday as 60 senators - including six Republicans - voted to move ahead with debate on the measure.

"Today brought us a glimmer of hope," said Sen. Charles Schumer, D-New York, after the vote. "It shows that the big plates - the tectonic plates in our politics - are moving."

But House Speaker John Boehner said he told President Barack Obama a month ago that another extension of temporary emergency unemployment benefits "should not only be paid for but include something to help put people back to work. To date, the president has offered no such plan. If he does, I'll be happy to discuss it, but right now the House is going to remain focused on growing the economy and giving America's unemployed the independence that only comes from finding a good job."

Still, the 60 yea votes were the minimum needed to allow debate to go forward and avoid a filibuster in the Senate. Democrats got help from Republicans Kelly Ayotte of New Hampshire; Dan Coats of Indiana; Susan Collins of Maine; Dean Heller of Nevada, Lisa Murkowski of Arkansas; and Rob Portman of Ohio.

No. 1 Florida State dominated the second half and rallied to defeat No. 2 Auburn 34-31 in the BCS National Championship college football game on Monday in Pasadena, California.

Heisman Trophy winner and FSU quarterback Jameis Winston was 20-for-35 for 237 yards and two touchdowns, including the game-winner to Kelvin Benjamin with 13 seconds remaining.

Jahi McMath, the 13-year-old girl on a ventilator who was declared brain dead by doctors in California after tonsil surgery, was released from a hospital to her mother Sunday night.

"The body of Jahi McMath was released by Children's Hospital & Research Center Oakland to the coroner," said David Durand, the hospital's chief of pediatrics. "The coroner has released her body to the custody of her mother, Latasha Winkfield, as per court order, for a destination unknown."

She left the hospital accompanied by a critical care team, attached to a ventilator, but with no feeding tube in place.

Get ready for some of the coldest weather in decades.

About 140 million Americans are bracing for a polar blast that's barreling across the country this week, shattering records in some places..

Much of the United States will see the coldest temperatures in almost 20 years, the National Weather Service said. Some cities will experience temperatures 30 to 50 degrees below average.

Man suspected of killing priest was in custody before slaying

Police had a man who is suspected of killing a Catholic priest in his California rectory in custody, but they let him go.

It was mere hours before the slaying of the Rev. Eric Freed that an odd-acting Gary Lee Bullock had been in custody for public intoxication. On New Year's Eve, Humboldt County sheriff's deputies had responded to reports that a person was "acting strangely" and arrested Bullock, taking him to jail. But Bullock, police said, was "rejected" from the facility "due to his erratic behavior."

The death of a beloved Roman Catholic priest in California has been ruled a homicide, the county coroner said Thursday.

The Rev. Eric Freed, 56, was found dead Wednesday in his church's rectory, spurring a murder investigation and leaving those who knew him in disbelief.

Police on Thursday named a suspect, Gary Lee Bullock, and announced that an arrest warrant for him has been issued. Authorities are looking for Bullock and for Freed's vehicle, a 2010 Nissan Altima.

The medical condition of former Israeli Prime Minister Ariel Sharon, who has been in a coma since 2006, has worsened, Sheba Medical Center spokeswoman Amir Maron said Wednesday.

"In the last few days there has been worsening in the medical condition of Ariel Sharon," Maron said. 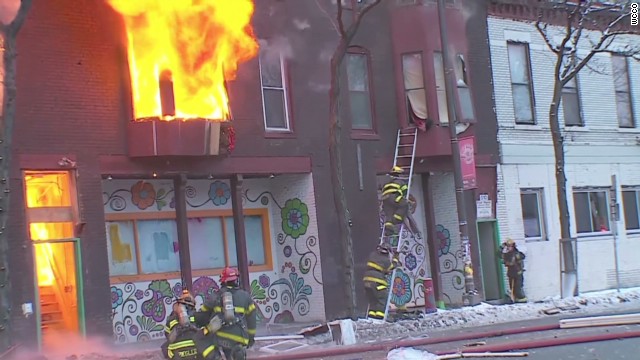 13 injured in blast, fire in Minneapolis

There may still be people inside the building. Fruetel said not everyone has been accounted for.

Sheriff: Colorado school gunman got in through unlocked door

The gunman who opened fire at a Colorado high school this month came into the school through a door that should have been locked, a sheriff said Monday.

"We know the doorway on the north side that the murderer entered is supposed to be locked. Unfortunately, it rarely is, because it is more convenient for people to come and go from that area. The door that he entered was not secured on December 13," Arapahoe County Sheriff Grayson Robinson told reporters. "He entered without any obstruction."

The gunman legally bought a shotgun from a local retailer after passing a background check on December 6 - a week before the shooting at Arapahoe High School - and spent a week stocking up on ammunition, Robinson said.

The shooter was still trying to buy more shells less than an hour before he entered through the unlocked side door carrying the shotgun, a machete, three Molotov cocktails and 125 rounds.

African nations should have acted quickly to help avoid the bloody fighting that has consumed parts of South Sudan this month, the President of the new country told CNN on Monday.

As soon as an attempted coup took place and violence broke out, "the original leaders and all African leaders should have come in with military support," so that the rebels would be "crushed once and for all," President Salva Kiir said.

However, he said, he did not ask them for help.

Police shot and killed eight people who attacked a police station in Xinjiang, a restive region in northwestern China, authorities said Monday.
Nine people armed with knives threw explosives at the building and set fire to police vehicles, the Xinjiang government said on its website. One of the people was taken into custody, it said.
The violence took place in Yarkant County in Xinjiang and is under investigation, authorities said. 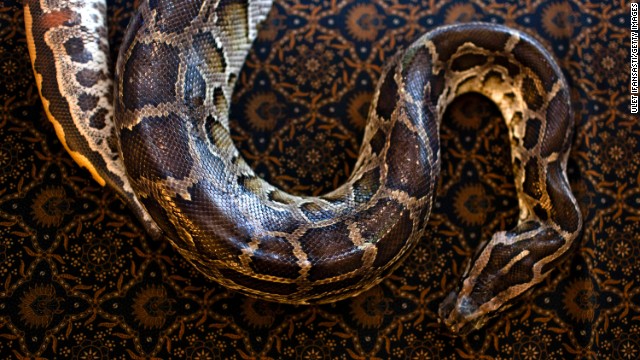 A python has killed a security guard near a luxury hotel in Bali, Indonesia.

A doctor told CNN that a man's corpse was brought to the RSUP Sanglah Denpasar Hospital in Bali on Friday. A large snake appears to have suffocated the man, said the doctor, who did not wish to be identified.

A Chinese icebreaker heading to free a polar expedition vessel trapped in an Antarctic ice floe got stopped by the ice and weather, its captain told CNN.