In the shadow of the levees

When Sonya Hill opens the door of her rebuilt shotgun house in the Lower 9th Ward she faces a reminder of the devastation Katrina brought. Directly across from her house is the spot where the levee broke five years ago.

It has since been rebuilt and sits higher than before the storm. It is an impressive wall of gray concrete meant to offer protection from future storms, but for Sonya Hill it is a reminder of everything that can go wrong.

āLooking at that wall, Iām thinking what if it breaks again? What if it breaks right in front of my door and Iām inside with my kids? I donāt feel safe back here if a hurricane comes through,ā she says.

END_OF_DOCUMENT_TOKEN_TO_BE_REPLACED

Inside the strange world of Gary Faulkner

For the last week or so I have been immersed in the world of Gary Faulkner, the man who went to PakistanĀ toĀ hunt for Osama bin Laden.

Iāve spent time with most of his family, researched his criminal record and talked to his neighbors - but nothing prepared me to actually meet the larger than life amateur bounty hunter.

END_OF_DOCUMENT_TOKEN_TO_BE_REPLACED 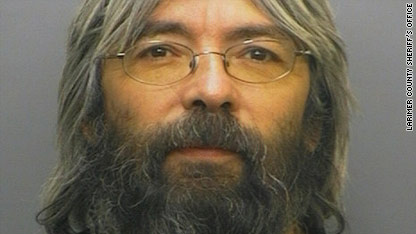 Intrigue over Gary Faulknerās one-man hunt for Osama bin Laden has sparked both outrage and praise on the internet and blogosphere.

Pakistani authorities announced this week that they had picked up the 50-year-old Colorado man near the border with Afghanistan. Armed with a pistol, sword, night-vision equipment and Christian literature, Faulkner told police that he had been hunting bin Laden since the September, 11, 2001 attacks.

Some have dismissed him as mentally unstable, which his brother, a physician, has denied.

But others have lauded his attempt to do what the U.S. government has failed to do for nearly a decade: find the head of al Qaeda, which carried out the worst terrorist attack on U.S. soil.