The man who taped the 'shot heard 'round the world' 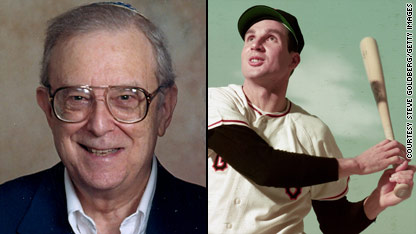 When I was a little boy, my dad and I would sit on the floor next to his old reel-to-reel tape deck, taking turns talking into it and playing our voices back - the same reel-to-reel he unwittingly used to gain his 15 minutes of fame.

It was October 3, 1951, when Larry Goldberg, a 26-year-old travel agent living with his parents in Brooklyn, set up the deck next to a radio before setting off to work in Manhattan. He asked his mom to record the 9th inning of the third game of the Brooklyn Dodgers-New York Giants playoffs.

Read the full story and hear the call