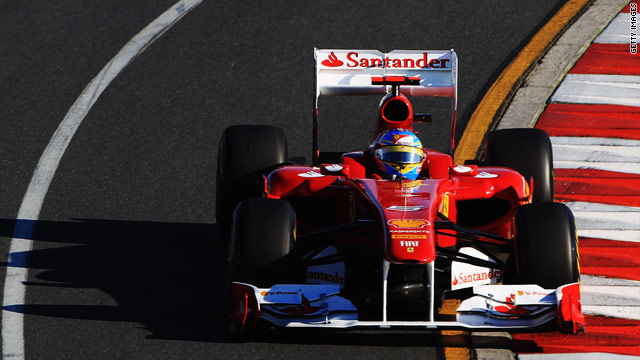 It's not enough to call Formula One racing "fast driving." It's more like flying, just really low. The F1 season kicked off Sunday in Melbourne, Australia. Today, we're blowing your hair back with two of the fast and¬Ýfurious: Team Ferrari and Team Lotus. Don't worry, these guys aren't texting while driving, but CNN found out many of the top drivers have a huge following on Twitter.

This year's model¬Ý- Team Lotus' Mike Gascoyne shows us how even the slightest modification to one of these four-wheeled wonders can cost a driver a "make or break" one-hundredth of a second.

Tweets on the track - If you can't make it to the grandstand during a Formula One race, Twitter may offer the next best thing: tweets from the pit and jokes from the drivers.

7:25 am ET January 21, 2020 RETWEET
Officials in China are racing to contain the spread of the new coronavirus that has left at least six people dead a‚Ätwitter.com/i/web/status/1‚Ä¶kE
cnni

7:14 am ET January 21, 2020 RETWEET
The value of unpaid care work by women aged 15 and over is $10.8 trillion annually. Economic inequality, Oxfam's n‚Ätwitter.com/i/web/status/1‚Ä¶me
cnni

6:53 am ET January 21, 2020 RETWEET
The National Institutes of Health is working on a vaccine against the coronavirus that has infected more than 200 p‚Ätwitter.com/i/web/status/1‚Ä¶NZ
cnni