Tyler Gwozdz, a former contestant on "The Bachelorette," has died at the age of 29, the show's producers say‚Ätwitter.com/i/web/status/1‚Ä¶nt

The US declined the United Kingdom's request to extradite the wife of an American diplomat accused in a British tee‚Ätwitter.com/i/web/status/1‚Ä¶iO

Two homemade pipe bombs were found in the Caln Township in Pennsylvania this week, police say‚Ätwitter.com/i/web/status/1‚Ä¶AD

White House legislative director Eric Ueland says the defense will be "fully engaged, ready to go" when it's their‚Ätwitter.com/i/web/status/1‚Ä¶yS 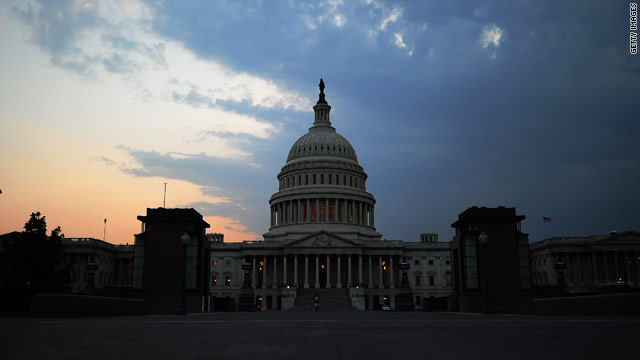 Sens. Patty Murray of Washington state, Max Baucus of Montana, and John Kerry of Massachusetts will serve on the panel. Reid chose Murray to co-chair the committee, Reid said in a statement.

Under the debt ceiling deal passed by Congress and signed by President Barack Obama last week, a panel of 12 legislators - six Democrats and six Republicans, equally divided between the House and Senate - will try to work out $1.5 trillion in deficit reduction after an initial round of more than $900 billion in spending cuts.

Congressional leaders have until August 16 to appoint members to the committee, which is required to complete its work by November 23. Congress then has until December 23 to vote on the proposal, with no amendments permitted.

A simple majority on the panel - seven of 12 members - is needed to approve whatever package it comes up with, meaning it will take a lone member of either party to push something through by voting with the other side. The committee's proposal would then need a simple majority in each chamber of Congress to make it to Obama's desk. 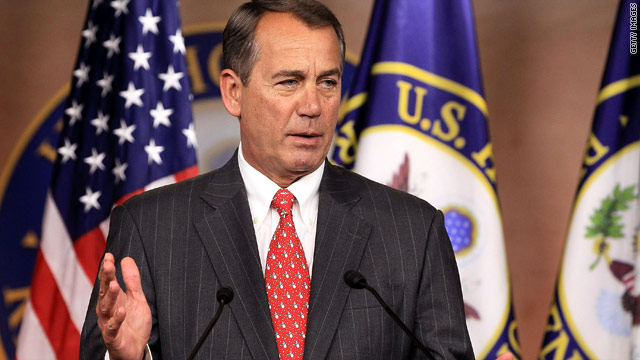 Boehner to livestream opening day of new Congress on Facebook

Incoming House Speaker John Boehner wants all his friends to see him get sworn in on Wednesday - Facebook friends that is.

For the first time ever, Congress will be broadcast live on Facebook. Boehner announced that beginning at noon on Wednesday, people can go on the popular social media website for live coverage of the first day's floor proceedings and his first speech as Speaker of the House.

The incoming speaker will direct people to visit the "Pledge to America" Facebook page to view the transition to the GOP-controlled House.

"This kind of streaming and real-time interaction is not only unprecedented for the House, it's helping to set the tone for a new majority that will continue to find new ways to listen to and better represent the American people," said Nick Schaper, Boehner's director of digital media.

President Barack Obama's nominee to be the nation's chief spy has been left waiting in the wings while Congress tries to complete work on a new intelligence bill that is being held up by House Speaker Nancy Pelosi.

David Gompert, the acting director of national intelligence, has informed Congress he is resigning at the end of August regardless of whether the new nominee for the post is confirmed, a U.S. intelligence official told CNN.

If Gompert leaves before a new director is appointed, the No. 3 official in the agency - Gen. John Kimmons - would temporarily assume the top post.

END_OF_DOCUMENT_TOKEN_TO_BE_REPLACED

10:31 pm ET January 23, 2020 RETWEET
It's the busiest time of the year for So Man-fung Peter, one of the most famous geomancy consultants in Hong Kong.‚Ätwitter.com/i/web/status/1‚Ä¶yE
cnni

10:31 pm ET January 23, 2020 RETWEET
The three Americans who died fighting an Australian bushfire from the air have been identified by their employer: C‚Ätwitter.com/i/web/status/1‚Ä¶vI
cnni