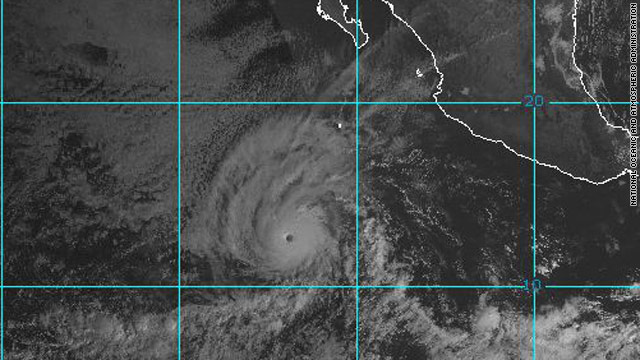 Hurricane Kenneth has strengthened to a category 4 storm far from land in the eastern North Pacific Ocean, becoming the strongest late-season hurricane on record in that region, the National Hurricane Center said Tuesday.

Kenneth also is the first major hurricane (category 3 or higher) on record to have formed in the eastern North Pacific so late in the year, the National Oceanic and Atmospheric Administration says.

Kenneth, churning about 750 miles south-southwest of the southern tip of Mexico’s Baja California and heading away from Mexico on Tuesday morning, presents no immediate threat to land. No coastal watches or warnings were in effect.

The storm is expected to weaken and turn to the west-northwest on Wednesday, the hurricane center said.

When Kenneth became a tropical depression on Sunday, it became only the fourth named storm in the eastern North Pacific to have formed after November 18, according to the hurricane center. Before Kenneth, the most recent was Hurricane Winnie, which formed on December 4, 1983.

The eastern Pacific hurricane season runs from May 15 through November 30, with peak activity from July through September, according to NOAA. Hurricane season in the Atlantic Ocean begins June 1 and ends November 30.

Rick Morgan says he came close to doing Sunday what he normally does when he hears tornado sirens in Joplin: ignore them. Had he done so this time, he says, he probably would have died.

END_OF_DOCUMENT_TOKEN_TO_BE_REPLACED 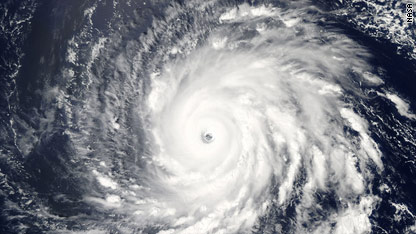 A NASA satellite shows Hurricane Igor churning in the Atlantic on September 14.

[Updated at 9:54 a.m.] The 2010 hurricane season is about half over and it’s already produced the same number of storms than what we would typically see in an average season.

With Karl now on the list, that makes 11 named storms, five hurricanes, Alex, Danielle, Earl, Igor and Julia, and of those, four have been major hurricanes with winds of 111 mph or greater.

An average season brings 11 named storms, six hurricanes, and two major hurricanes. It's scary to think there could be many more on the way.

Thankfully no major direct hits so far this season, as the winds have been steering the stronger hurricanes close to the united states, but not onto the coastline. The Bermuda High over the Central Atlantic steers storms across the ocean has had a frequent “weak spot” allowing storms to curve to the north.

But the powerful storms have been kicking up huge waves, making for dangerous beach conditions off and on along the eastern seaboard.  Two systems did impact Texas - Tropical Storm Hermine entered the state through Mexico and brought major flooding and Tropical Depression 2 came ashore on South Padre Island, Texas. Tropical Storm Bonnie made landfall in Florida on July 23rd with winds of 40 mph.

END_OF_DOCUMENT_TOKEN_TO_BE_REPLACED

Alaska is known for its rugged terrain, cold temperatures and terrible storms. Weather MAY have been a factor in the plane crash near Dillingham, Alaska, that took the life of former U.S. Senator Ted Stevens and several others. It's too soon to know for sure and the NTSB is investigating.

Conditions at the time of the crash were rather poor. Visibility in the area was being reported by automatic sensing equipment at about 3 miles. END_OF_DOCUMENT_TOKEN_TO_BE_REPLACED

Is there "Code Red" pollution in your city?

While no air pollution can possibly compare to the smog choking Moscow right now, people in the U.S. are reminded that they can check the air pollution for "code red" alerts in their own city on this site. Code red indicates that ozone or particle pollution levels are high enough to cause health problems.

Though frequent cold fronts moving across the Midwest, Great Lakes and Northeast have kept levels low, a major heatwave is building in the nation's midsection and will push to the east this week. Air quality alerts have been posted for dozens of cities, including Washington, DC, Atlanta, Philadelphia and Cincinnati.

1. Avoid being outdoors when bad air levels are at their highest, which is typically between 3-6p.m.

2. Don't exercise outdoors during that time.

3. Combine trips and carpool, and avoid fueling up if possible (the gasoline fumes add to the pollution) and don't idle your vehicle.

If you ever need an excuse not to mow the lawn, try this: "Honey, I can't mow the lawn this afternoon, it's bad for my lungs."