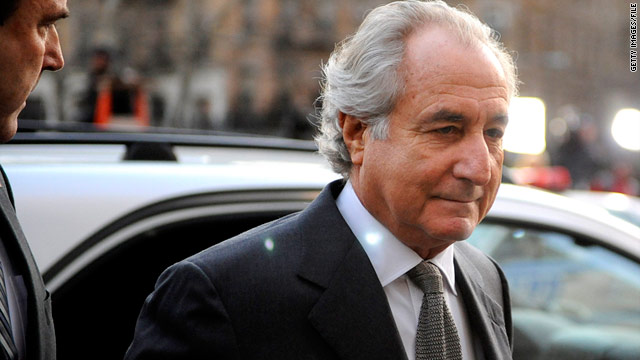 Some people who lost money to Bernard Madoff may soon see some relief, CNNMoney reports.
May 10th, 2011
12:19 PM ET

Madoff victims step closer to getting money back

Some of the people who lost money in the Bernard Madoff Ponzi scheme, but had been shut out of any recovery of their funds, are a step closer to getting at least something back.

The court-appointed trustee in the recovery of assets lost to Madoff has announced a settlement with the liquidators of Fairfield Greenwich Group funds. Those funds had more than 95% of their investors' cash deposited with Madoff's investment firm, which was a front for the largest-ever Ponzi scheme, according to the trustee, Irving Picard.

As part of the settlement, Picard and Fairfield liquidators Kenneth Krys and Joanna Lau agreed to drop their multibillion-dollar claims against each other. Read CNNMoney's full report.