A Miami woman has been charged for allegedly threatening to kill Vice President Kamala Harris, according to a crimiātwitter.com/i/web/status/1ā¦0u

Police have identified the eight victims of the shooting at an Indianapolis FedEx facility. They ranged in age fromātwitter.com/i/web/status/1ā¦mV

SpaceX has secured a $2.89 billion NASA contract to build spacecraft that will land astronauts on the moon for theātwitter.com/i/web/status/1ā¦ok 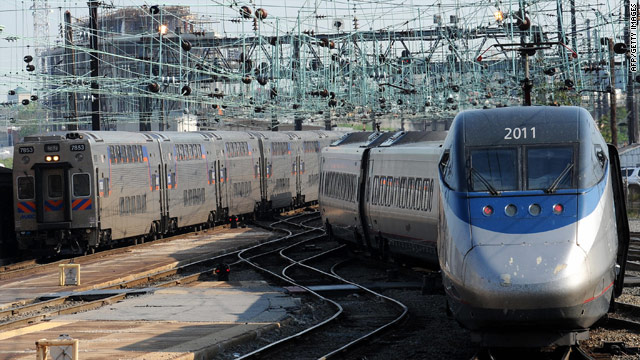 How fast can high-speed trains come to the Northeast corridor? Not fast enough for Republican Rep. John Mica of Florida.

The chairman of the House Transportation Committee recently came out with a proposal to create a high-speed rail line ā trains that can travel more than 200 mph ā between Boston and D.C. in 10 to 15 years. Can it be done in half the time Amtrak said it would take?

āIt absolutely can be done,ā said Andy Kunz, president of the U.S. High Speed Rail Association, an independent trade group. āNo one said itās going to be easy. The Northeast corridor ā¦ will be probably the most complicated rail line in America to upgrade.ā

More than 700,000 passengers ride the rails of the Northeast corridor every day. The trains would have to keep rolling while construction takes place, not just Amtrak trains but commuter lines that run through several major cities.

āYouāre talking about eight or nine states that have to cooperate,ā Kunz said. āThe federal government, Amtrak and several transit agencies all have to cooperate. Thatās whatās going to be the bottleneck.ā

A lengthy and complicated environmental impact statement must first be performed for the entire line from Boston to Washington. That could take three or four years.

āThen, after that, the normal procedure is that you would produce specific environmental impact statements on each segment of the corridor,ā said Petra Todorovich, director of the America 2050 Project at the Regional Plan Association, an urban planning think tank in New York. Ā āSo thatās a whole process that could drag on for five, six, seven, eight years, possibly.ā

Todorovich studied the nationās transportation needs moving forward as the U.S. population is projected to grow by 130 million people over the next four decades.

āIām glad that Chairman Mica is pushing us here, because frankly, the 30-year timetable is too long,ā Todorovich said. But she has her doubts. āHonestly, Iām not sure if we can complete it in 10 to 15 years.ā

Mica thinks a public-private partnership can succeed with a shorter timetable.

āCongress can set the parameters for how this is done. Congress can speed up the project. We just have to have a commitment to get it done,ā he said. 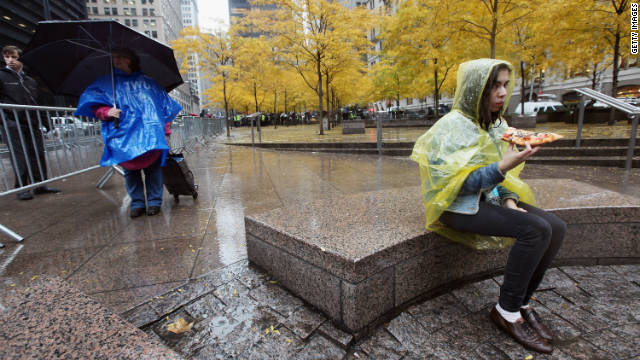 END_OF_DOCUMENT_TOKEN_TO_BE_REPLACED

Doctors say many young people are suffering coronavirus complications they didn't expect. And it's time to ditch thātwitter.com/i/web/status/1ā¦Nf
cnni

2:01 am ET April 17, 2021 RETWEET
The US Defense Department has confirmed that leaked photos and video of "unidentified aerial phenomena" taken in 20ātwitter.com/i/web/status/1ā¦Bz
cnni

12:28 am ET April 17, 2021 RETWEET
SpaceX has secured a $2.89 billion NASA contract to build spacecraft that will land astronauts on the moon for theātwitter.com/i/web/status/1ā¦Z2
cnni