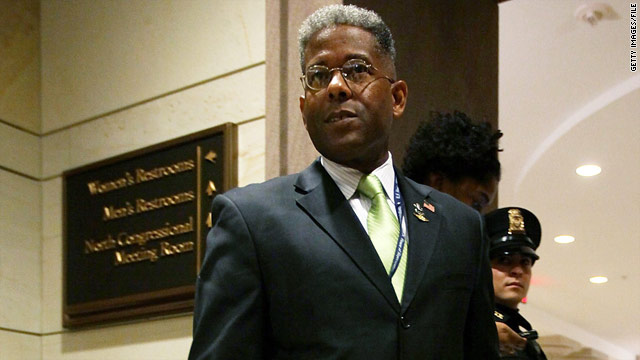 Allen West is the first Republican to join the liberal Congressional Black Caucus since 1997.
January 6th, 2011
11:18 AM ET

"We need to bring those variant perspectives and voices to that body politic," he told NPR when asked about joining the caucus and African-American representation in politics. "You know, no one is really talking about an amazing story of this congressional cycle that you have 42 African-Americans who ran on the Republican ticket."

West pointed out that the last time there was an African-American Republican member of Congress from Florida was during Reconstruction.

"Somehow we've got to understand that historical tie, that historical bond, resurrect those principles," he said. "And, you know, everyone keeps beating up the Republican Party about not going to the black community. Well, that's why I'm there in the Congressional Black Caucus."