China announces an official change in Covid policy on a national level, the clearest sign yet the country is moving‚Ätwitter.com/i/web/status/1‚Ä¶5e

RT @CNN: Sen. Raphael Warnock thanked his mother at his victory speech: "She grew up in the 1950s in Waycross, Georgia, picking somebody el‚Ä¶ 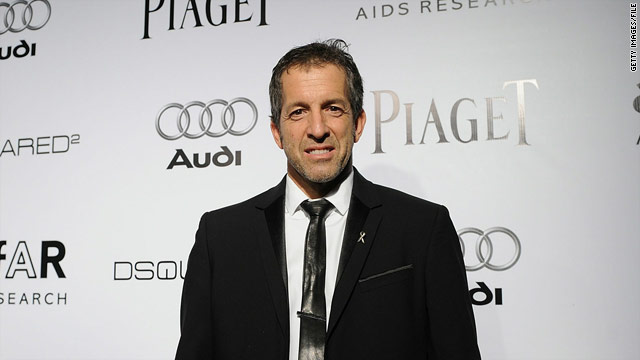 The fashion designer issued a quick apology Thursday after Twitter followers were not amused by his attempt at an Egypt-related joke.

"Millions are in an uproar in #Cairo," he tweeted. "Rumor is they heard our new spring collection is available online at http://bit.ly/KCairo -KC"

It wasn't long before Cole tweeted his regrets:

"Re Egypt tweet: we weren't intending to make light of a serious situation. We understand the sensitivity of this historic moment."

It also wasn't long before a fake Kenneth Cole PR account was created to make fun of him. A couple of its latest tweets:

"Check out our new colab with @BP_America - slick looks for spring!"

"People of Haiti, fall into our store for earth-shattering savings!"

"Iran is enriching uranium. Our shoes will enrich your suits."

The 26-year-old member of Norway's parliament said he nominated WikiLeaks for a Nobel Peace Prize because it has helped "redraw the map of information freedom."

"Publishing material that is deemed classified by the government is an obvious right that newspapers and media have practiced for many, many decades," Valen wrote on his blog. "This way, the public has become aware of abuses of power that governments should be held accountable for.

"The internet doesn't change this - it merely makes information more accessible, easier to distribute, and more democratic in the sense that virtually anyone with an internet connection can contribute."

Valen is a keyboardist, a member of the bands Amish 82 and Peevish Penfriend. He is a former member of Gallery.

Coblentz, a longtime aide to Mohamed ElBaradei, says the Egyptian opposition figure previously had no ambitions for office in Egypt, according to a Wall Street Journal article.

"When people were first approaching him saying, 'Will you run for president of Egypt in 2011?' he was very dismissive of it," Coblentz told The Journal.

Coblentz helped ElBaradei write a memoir that is due out in April, The Journal reported.

After ElBaradei learned how to use social networking on the internet, he learned he was more popular than he had realized, Coblentz told The Journal.

"It was really this last 14 months, where someone I knew as not being particularly computer savvy, taught himself to use Facebook and Twitter and YouTube and started to do in virtual space which was forbidden to do by the Mubarak regime, the freedom of assembly by large groups," Coblentz said, according to The Journal.

Kasich has been criticized for his string of white appointees, but Colbert, who is black, broke the string when Kasich named him to lead the Ohio Department of Job and Family Services.

Colbert had been interim director of the department, The Columbus Dispatch newspaper reported.

"I am comfortable with who I am," Colbert said at the announcement of his appointment, according to the Dispatch. "I understand my heritage. I'm very proud of that heritage. I'm very proud of those that paved the way for me to get this position. Additionally, I know the job that I'm doing. I've been doing this for the last three years on the financial side, and I understand what we need to do to get services to Ohioans."

Ohio hadn't had an all-white Cabinet since 1962, when Democrat Michael DiSalle was governor, according to The Dispatch. 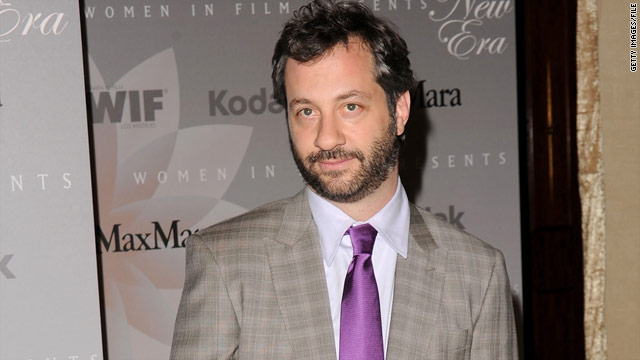 Judd Apatow is challenging Twitter followers to come up with better jokes than Ricky Gervais.
January 21st, 2011
11:45 AM ET

Call it a gesture from one funnyman to another - whether you think he's taking a jab at him or not.¬Ý Apatow, the host of January 22‚Ä≤s Producers Guild of America Awards, seems to be piggybacking off the controversy of Ricky Gervais' Golden Globes hosting gig by calling out to his Twitter followers.

"If anyone has any jokes that they think are better than Ricky Gervais‚Äô post here and I will read the winners and say your name at PGA Awards," he tweeted.

Apatow, who is known as the current king of comedic movies - his hits include "The 40-Year-Old Virgin," "Knocked Up," "Anchorman," "Superbad" and "Forgetting Sarah Marshall" - knows he's fanning the flames of the debate and admits it won't be a great moment for his followers, since the PGA awards aren't televised.

Apatow appeared to be amused at some of Gervais' work ... but not at all of it.

"I thought Joan Rivers did a wonderful job hosting the Golden Globes tonight," one tweet said.

‚ÄúSome excellent. Many insane. Most hateful of celebrities. Hard to be funny and not vicious," another said.

So, think you're funnier than Ricky Gervais or Judd Apatow? Have at it. Tweet him at @JuddApatow.

END_OF_DOCUMENT_TOKEN_TO_BE_REPLACED

China announces an official change in Covid policy on a national level, the clearest sign yet the country is moving‚Ätwitter.com/i/web/status/1‚Ä¶5e
cnnbrk

1:46 am ET December 7, 2022 RETWEET
RT @CNN: Sen. Raphael Warnock thanked his mother at his victory speech: "She grew up in the 1950s in Waycross, Georgia, picking somebody el‚Ä¶
cnnbrk