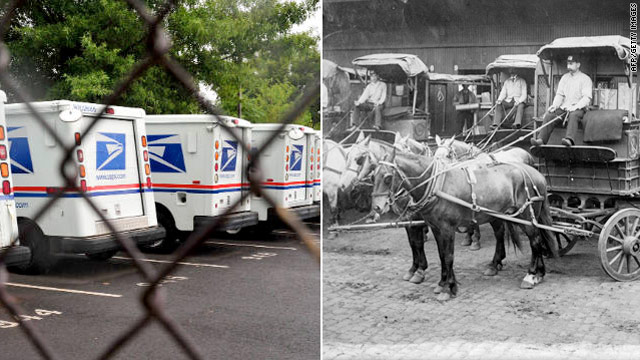 U.S. Postal Service: Back to the future?

To save money, the U.S. Postal Service is proposing to deliver mail at about the same speed it delivered mail when it was first founded, back in 1775.

Thatâ€™s not how postal officials framed the news. But thatâ€™s what their announcement amounts to. We did the math.

First, back to the future.

The year - 1775. There is no United States. Just a bunch of Colonies with a dream. Britainâ€™s the enemy. News travels slowly. And thatâ€™s a problem for the generals of the future America, especially George Washington. They needed to communicate as quickly as possible with people all over the Colonies.

Franklin convinced the Continental Congress to create a U.S. Post Office. It put him in charge.