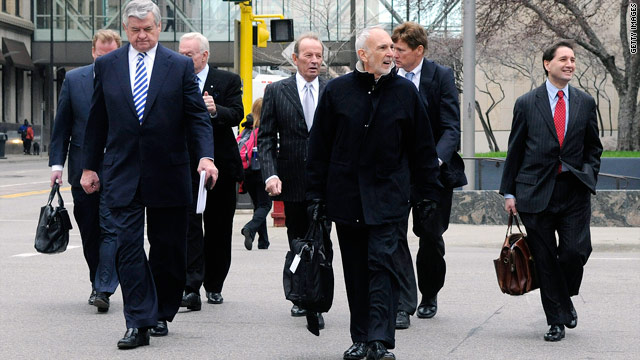 NFL officials have been ordered to lift their lockout, but the league plans to ask a judge to stay the ruling.
April 25th, 2011
06:35 PM ET

A federal judge ruled in favor of NFL players on Monday, issuing an injunction that ordered the league's owners to lift their lockout.

The league will ask Nelson to stay the ruling, pending the league's appeal to the 8th Circuit Court of Appeals, NFL spokesman Greg Aiello said.

"We believe that federal law bars injunctions in labor disputes," the league said in a statement. "We are confident that the 8th Circuit will agree. But we also believe that this dispute will inevitably end with a collective bargaining agreement, which would be in the best interests of players, clubs and fans. We can reach a fair agreement only if we continue negotiations toward that goal."

A lockout was imposed after talks onÂ collective bargainingÂ between the players and owners broke down last month.