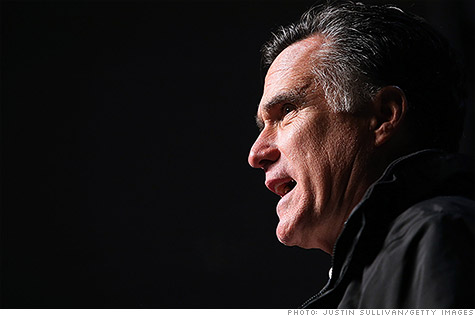 Investing experts surveyed by CNNMoney think stocks will do better for the next few years if Mitt Romney defeats Barack Obama in the presidential election.
November 6th, 2012
12:58 AM ET

President Obama and Mitt Romney may be in a dead heat as Americans head to the polls on Election Day, but the former Massachusetts governor is an overwhelming favorite of Wall Street.

Twelve out of 18 investment strategists and money managers surveyed by CNNMoney said the stock market would perform better with Romney in the White House than during a second Obama term.

As the country struggles with tepid economic growth, stubbornly high unemployment, more than $16 trillion in national debt, a looming debt ceiling and the fiscal cliff, "Romney offers the potential for a more bipartisan, pro-growth set of fiscal policy initiatives, which ultimately would be better for the stock market," said Phil Orlando, chief equity market strategist at Federated Investors.