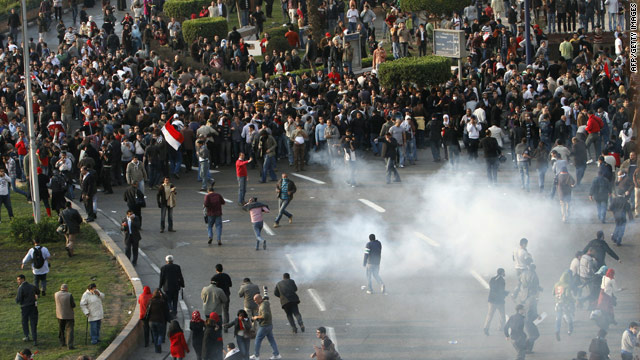 Thousands of protesters spilled into the streets of Cairo on Tuesday, an unprecedented display of anti-government rage inspired in part by the tumult in the nearby North African nation of Tunisia.

Throngs in the sprawling city marched from the huge Tahrir Square in Cairo toward the parliament building, according to CNN reporters on the scene.

Demonstrators threw rocks at police and police hurled back rocks. Tear-gas canisters were shot at demonstrators and the protesters threw them back.