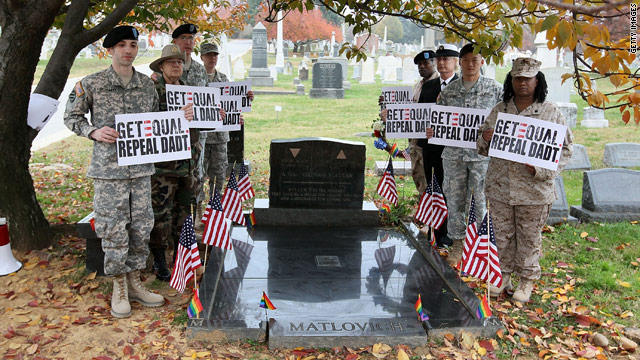 Letting openly gay or lesbian troops serve in the military would have little lasting impact on the U.S. armed forces, a major Pentagon review has found, several sources familiar with the results told CNN Tuesday.

Putting an end to "don't ask, don't tell," would have "some limited and isolated disruption to unit cohesion and retention," the year-long study found, but the effects would not be long-lasting or widespread.

10:16 pm ET February 24, 2020 RETWEET
RT @maggieNYT: This comparison by @michaelcrowley of how Trump demanded Obama engage with the threat of Ebola versus his own actions is worâ€¦
susancandiotti