Wireless data use is growing at a dramatic rate in the United States and the wireless spectrum that carries phone calls, text messages and Internet services isn't growing fast enough to keep up with demand.

CNN Money is devoting a week of coverage to the "Spectrum Crunch" and readers also are weighing in on the problem.

CashTheGreen: "This situation would be easily remedied if they would just invest more into upgrading their network and infrastructure, but no, the execs have to line their pockets instead. They won't care one bit about the company once they retire from their short careers with millions."

Alan Elliot "The fix is simpler than it looks, charge what is required to deliver a good quality of service. Maybe data plans will be $100/mo for 1G but it will stop all the mindless surfing and viewing of YouTube on phones. Perhaps the video won't be that funny when you realize it costs you $4.00 to view it."

END_OF_DOCUMENT_TOKEN_TO_BE_REPLACED 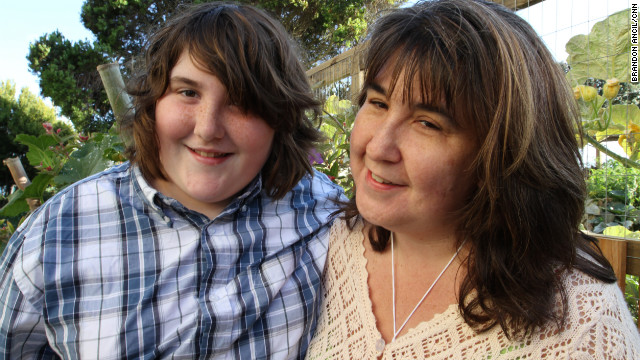 "Pretty soon we are going to say it is OK to be racist, because that is just who you are. I think parents have a responsibility to teach their children how to be able to function decently in society. I think parents should teach boys to be boys and girls to be girls. I know that isn't the PC thing to say, but you shouldn't just let kids do whatever they want. They need boundaries and rules. Society has them."

But Aucausin says it's much different from a haircut:
"Unless you have gender dysphoria it can be hard to understand. Imagine tomorrow you wake up as the opposite sex, all your friends and family have forgotten that you were ever different and now believe that you were always the opposite sex. You go to dress for the day and your wardrobe has been replaced with clothes indicative of your new sex. You must wear these clothes with your new body. You go to breakfast then school or work and everyone you know sees you as male or female even though you feel like something different. This doesn't seem like much in text, but it is hell." 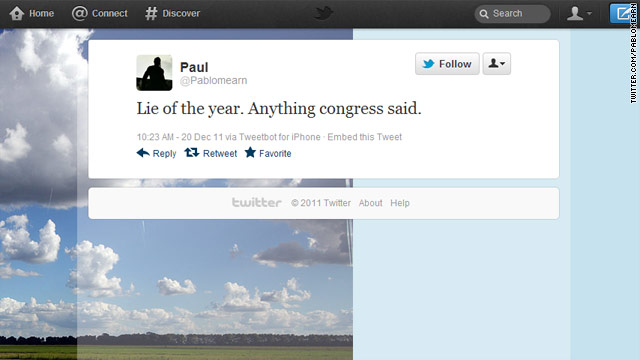 House Republicans on Tuesday passed a motion calling for further negotiations on the payroll tax cut, disagreeing with a Senate measure that called for a two-month extension. Only Republicans supported the motion in the 229-193 vote.