Tens of thousands of people in wine country are fleeing as California battles blazes that have burned 26 times the‚Ätwitter.com/i/web/status/1‚Ä¶5x

The US stock market rallies at the opening bell, ignoring negative headlines that weighed on the market over the pa‚Ätwitter.com/i/web/status/1‚Ä¶Ha 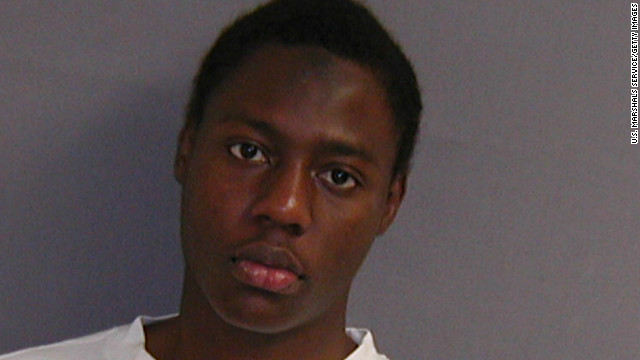 [Updated at 3:35 p.m. ET] A Nigerian man who pleaded guilty to trying to bring down a Christmas Day 2009 flight with an explosive device hidden in his underwear was sentenced to life in prison Thursday.

Umar Farouk AbdulMutallab, 25, pleaded guilty in October to attempted use of a weapon of mass destruction, among other charges. Shortly before he was sentenced Thursday in a federal courtroom in Detroit, he argued a life sentence - for which prosecutors were arguing - would be "cruel and unusual punishment," as well as unconstitutional.

The judge rejected his argument.

U.S. officials say the terror group al Qaeda in the Arabian Peninsula helped plot the bombing attempt on Northwest Airlines Flight 253, which was heading from the Netherlands to Detroit. Authorities say AbdulMutallab, a passenger, tried to ignite an explosive device that was hidden in his underwear shortly before the plane landed, but passengers and flight crew members subdued him and extinguished flames after the device briefly set him on fire.

"As this investigation and prosecution have shown, Umar Farouk Abdulmutallab is a remorseless terrorist who believes it is his duty to kill Americans," U.S. Attorney General Eric Holder said in a Justice Department news release after Thursday's sentencing. "For attempting to take the lives of 289 innocent people, he has been appropriately sentenced to serve every day of the rest of his life in prison.

"Today's sentence once again underscores the effectiveness of the criminal justice system in both incapacitating terrorists and gathering valuable intelligence from them."

When pleading guilty in October, AbdulMutallab told the court that he aimed to avenge "the killing of innocent Muslims" and "U.S. tyranny and oppression of Muslims."

A New Hampshire teenager accused of killing a woman and severely injuring her daughter during a brutal home invasion was found guilty Tuesday of first degree murder and attempted murder and sentenced to life in prison without the possibility of parole.

Steven Spader sat emotionless as the verdict was read in the gruesome murder of Kimberly Cates in Mont Vernon, New Hampshire, last year.

Spader was convicted of breaking into Cates' home and hacking her to death with a machete, while his friend, 19-year-old Christopher Gribble, repeatedly stabbed her 11-year-old daughter Jaimie as she tried to defend her¬Ý mother.

Vin Diesel finally released his debut single last week and the internet will never be the same. But he isn't the on‚Ätwitter.com/i/web/status/1‚Ä¶al
cnni

6:53 pm ET September 28, 2020 RETWEET
"In a twist of fate, the voters who gave Trump a financial reprieve can now make him face his own financial reckoni‚Ätwitter.com/i/web/status/1‚Ä¶c7
cnni

6:01 pm ET September 28, 2020 RETWEET
Liverpool came from behind to beat Arsenal 3-1 on Monday evening and maintain its 100% winning start to the Premier‚Ätwitter.com/i/web/status/1‚Ä¶NS
cnni

5:20 pm ET September 28, 2020 RETWEET
As the Covid-19 pandemic continues, there is also growing concern in the counterterrorism, scientific and global pu‚Ätwitter.com/i/web/status/1‚Ä¶N1
cnni