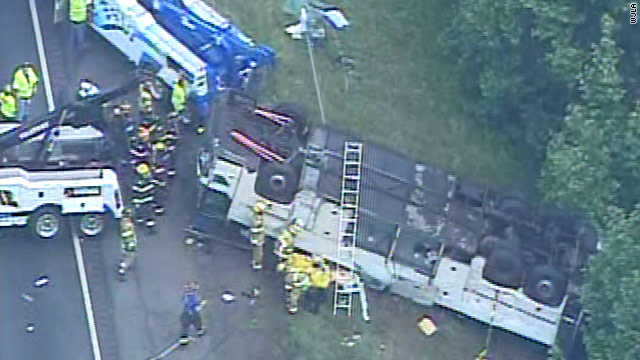 Four passengers aboard a commercial tour bus died and an undetermined number others were injured early Tuesday when the vehicle overturned on I-95 in Caroline County, Virginia, according to state police.

The bus ran off the right side of the road and overturned about a quarter-mile from the Carmel Church exit, according to Corinne Geller, public relations manager for the Virginia State Police.

Injured passengers were being taken to hospitals in Fredericksburg and Richmond, Virginia, Geller said.

Police have not named the tour company or the itinerary.

The accident happened before 5 a.m. Tuesday morning. As of 7:30 a.m., state police had closed the northbound lanes of the interstate while accident investigators examine the scene, she said.