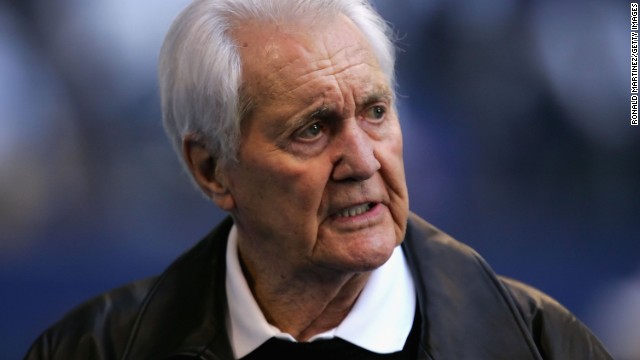 He was best known as a broadcaster for teaming with former NFL coach John Madden. Summerall also worked for years alongside former player Tom Brookshier and became the voice of the NFL in the 1970s and 1980s, calling most of the league's signature games.

As a player, he was a placekicker, who played for the Chicago Cardinals and New York Giants from 1952 to 1961. He scored more than 500 points as an NFL player.

The Defense Department has released the names of the five U.S. service members who were killed when a helicopter crashed in southern Afghanistan on Monday.

A fire swept through a single-story, wood-frame house in rural Kentucky on Saturday, killing seven people.

The victims included a woman who was 12 weeks pregnant and children ranging in age from 3 years to 8 months.

Sgt Jimmy Young with the Kentucky State police said no foul play is suspected in the house fire in Gray.

The company that was laying cable prior to an explosion last week at a popular Kansas City, Missouri, restaurant - a blast that killed one person - did not have a permit for the excavation, a city official said Monday.

Nevada Gov. Jim Gibbons was recuperating early Wednesday after he was thrown off a horse, his spokesman said.

END_OF_DOCUMENT_TOKEN_TO_BE_REPLACED

Police: No explosives found in semitrailer after chase

A tractor-trailer driver who drew the bomb squad and a horde of officers into a late night investigation in rural Wisconsin was apparently sleep deprived, the sheriff said early Friday.

END_OF_DOCUMENT_TOKEN_TO_BE_REPLACED

A 4-year-old boy who slipped off a cliff and fell about 70 feet suffered just some scrapes and bruises, the Wolfe Cãtwitter.com/i/web/status/1ãÎrs
cnni

5:59 pm ET October 20, 2021 RETWEET
Scientists have found the oldest aquatic animal preserved in amber ã and it's the most complete crab fossil ever ditwitter.com/i/web/status/1ãÎHTgs
cnni