[Updated at 9:23 a.m. ET] The United States will talk to North Korea, but only if the country gets serious about negotiating the end of its nuclear weapons program, Secretary of State John Kerry said after arriving Friday in Seoul for talks with U.S. ally South Korea.

"North Korea will not be accepted as a nuclear power," Kerry said.

His trip to South Korea - part of an Asian swing that also includes North Korean ally China - comes a day after a Pentagon intelligence assessment surfaced suggesting the country may have developed the ability to fire a nuclear-tipped missile at its foes.

Disclosed first by a congressman at a hearing Thursday and then confirmed to CNN by the Defense Department, the Defense Intelligence Agency assessment is the clearest acknowledgment yet by the United States about potential advances in North Korea's nuclear program.

Secretary of State John Kerry arrived in Cairo at a critical stage as political divisions are preventing crucial economic reform.

In an intense 24-hours on the ground, Kerry has a packed schedule of meetings with Egypt's political and military leadership, business leaders and non-governmental organizations.

"It is very important to the new Egypt for there to be a firm economic foundation on which the new Egypt can operate. It will be important for the government to make an agreement with the [International Monetary Fund]," explains a senior State Department official who briefed reporters on Kerry's plane as he flew from Ankara, Turkey, to Cairo.

Egypt's ability to stabilize extends beyond its needs from the IMF, the official said. "It unlocks a lot of the other money that would come from the U.S., the EU, from the Arab states and also from private investment."

Necessary reforms include increasing tax revenue and reducing energy subsidies, U.S. officials say. But in order to carry out the kind of reforms required for getting IMF money, the official says, "there has to be a basic political agreement among all of the various players in Egypt."

The Obama administration has been stressing to President Mohamed Morsy the importance of political consensus. But not only does Morsy need to build consensus, administration officials say, the various political leadership in Egypt needs to participate, as well.

Kerry, the official says, will not call on the opposition to renounce their boycott of upcoming elections, but he will make clear "If they want to engage, if they want to ensure that their views are taken into account, the only way to do that is to participate."

A statement by Turkish Prime Minister Recep Tayyip Erdogan has caught the attention of the U.S. State Department.

"Obviously we strongly disagree with that notion," the official said, calling the statement "offensive and wrong." He was referring to Recep Tayyip Erdogan's remarks Wednesday at a forum in Vienna, Austria. This comes as the once-extensive cooperation between Turkey and Israel on trade and tourism and even military issues has broken down.

The best way to ensure Syria doesnŌĆÖt use chemical weapons against rebels is not military action, but offering SyriaŌĆÖs president a way out of the country - and persuading him to take it - a former NATO supreme commander says.

"You could take out the airfields if (the weapons) are uploaded ŌĆ” but nothing is going to be 100% effective," Clark said. "The most effective preventive weapon is to use this as greater leverage against the Russians and Chinese to cut all support for Bashar Assad, get him out of the country, get him into some kind of asylum situation somewhere, and sort this out."

END_OF_DOCUMENT_TOKEN_TO_BE_REPLACED 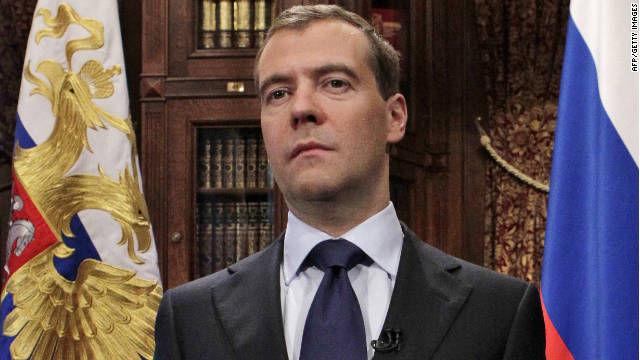 Russia may deploy missiles that it says could destroy NATOŌĆÖs planned missile defense system in Europe - and withdraw from an arms control treaty with the United States - if RussiaŌĆÖs concerns about the shield arenŌĆÖt addressed, Russian President Dmitry Medvedev said Wednesday.

ŌĆ£If (those immediate steps) prove insufficient, the Russian Federation will deploy modern offensive weapon systems in the west and south of the country, ensuring our ability to take out any part of the U.S. missile defense system in Europe,ŌĆØ Medvedev said in a live address on Russian television. ŌĆ£One step in this process will be to deploy Iskander missiles in Kaliningrad region.ŌĆØ

Russia also could pull out of the New START arms control agreement with the United States that Medvedev and U.S. President Barack Obama signed a year and a half ago.

ŌĆ£Conditions for our withdrawal from the New START Treaty could also arise, and this option is enshrined in the treaty,ŌĆØ Medvedev said.

Although NATO has said that the shield will protect Europe from attacks from areas such as the Middle East and not from Russia, the Russian government is concerned that the shield is meant to undermine its nuclear deterrent.

END_OF_DOCUMENT_TOKEN_TO_BE_REPLACED

Clinton: U.S. must put economics at center of foreign policy

The United States must position itself to lead in a world "where security is shaped in boardrooms and on trading floors - as well as on battlefields," U.S. Secretary of State Hillary Clinton will say Friday in a major economics and foreign policy speech in New York.

Economic forces, Clinton will say, are transforming foreign policy realities around the globe.

"We have seen governments toppled by economic crisis," a text of the Secretary's remarks released by the State Department on the eve of the speech reads. "Revolutions born in a Tunisian marketplace have swept across an entire region. Europe faces its strongest test in a generation, thanks to recession and debt. And everywhere I travel, I see countries gaining influence not because of the size of their armies, but because of the growth of their economies."

Clinton will say she is updating U.S. foreign policy priorities to include economics "every step of the way," suggesting the United States should take a cue from the leaders of emerging powers like India and Brazil who put economics at the center of their foreign policies. 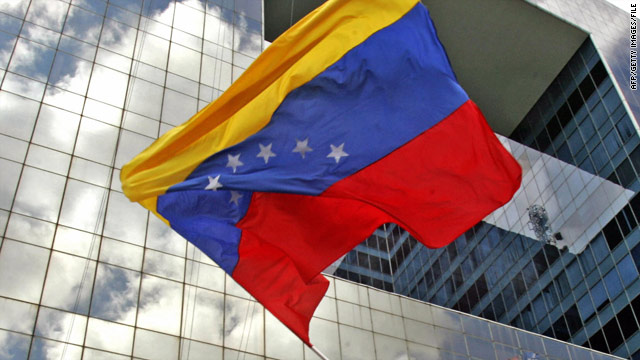 The U.S. government has taken "reciprocal action" against Venezuela's rejection of the U.S. ambassador to Caracas by revoking the visa of the Venezuelan ambassador to Washington, a State Department official said Wednesday.

"We said there would be consequences when the Venezuelan government rescinded (the agreement to accept the diplomatic credentials) regarding our (ambassadorial) nominee, Larry Palmer. We have taken appropriate, proportional and reciprocal action," State Department spokesman Mark Toner said Wednesday night.

The threat of publication of thousands of sensitive diplomatic cables by a muckraker website has prompted a massive review of documents at U.S. embassies around the world, a U.S. official says.

The official, who was not authorized to comment on the record, tells CNN that the State Department has, for months, been intensively dealing with the potential impact of the release of documents that WikiLeaks just recently

hinted it will publish. The documents are believed to include hundreds of thousands, if not millions, of diplomatic reporting cables from around the world from between 2006 and 2009, the official said.

The human cost of the Afghan conflict is escalating, with killings and attacks on children by the Taliban and other insurgent groups soaring, the United Nations said in a report released Tuesday.

"Afghan children and women are increasingly bearing the brunt of this conflict," says Staffan de Mistura, special representative of the U.N. secretary-general. "They are being killed and injured in their homes and communities in greater numbers than ever before."

END_OF_DOCUMENT_TOKEN_TO_BE_REPLACED

The White House is "frustrated" by remarks from Afghan President Hamid Karzai, who on Sunday promised tribal leaders he would hold back a NATO military offensive in violence-plagued Kandahar province until he had their backing, a spokesman said Monday.

END_OF_DOCUMENT_TOKEN_TO_BE_REPLACED

[Update 4 p.m.] Israel's delay in responding to a U.S. request to demonstrate its commitment to the peace process has contributed in part to a delay of proximity talks to be led by former Sen. George Mitchell, the Obama administration's special envoy to the Middle East.