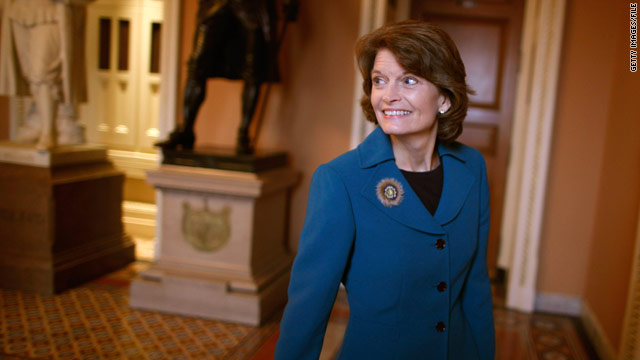 Alaska election certification: Alaska state officials will certify Sen. Lisa Murkowski's write-in election victory Thursday. The certification will then be flown to Washington to be delivered to the secretary of the Senate, clearing the way for Murkowski to be sworn in next week.

Murkowski was defeated in the Republican primary in August by Joe Miller, a Tea Party-backed candidate. Murkowski then waged the write-in campaign in the general election in November to defeat Miller, who filed a lawsuit challenging the result.

CNN's Anderson Cooper will be joined by comedian Kathy Griffin for the actual event, starting at 11 p.m. ET Friday and counting down to midnight.

Winter weather: Heavy snow is expected at higher elevations in Arizona, Utah and Colorado. Blizzard conditions are even possible for some areas, mainly above 7,000 feet, CNN meteorologist Monica O'Connor says.

Winter storm warnings are posted for Minnesota and the Dakotas. Forecasts call for 6 to 12 inches of snow through the weekend and wind gusts of 20 to 30 mph.

Folks in the Northeast will get some relief as pleasant conditions follow high pressure slowly moving off the coast.