A presumptive case of coronavirus in Oregon is thought to be the third in the US from community transmission, but t‚Ätwitter.com/i/web/status/1‚Ä¶Uw

A case of coronavirus in California is the second in the US of unknown origin, health officials say‚Ätwitter.com/i/web/status/1‚Ä¶Nu

President Trump says he will nominate Rep. John Ratcliffe to be director of national intelligence‚Ätwitter.com/i/web/status/1‚Ä¶33

An appeals court blocked the Trump administration from sending asylum seekers to Mexico to wait for their immigrati‚Ätwitter.com/i/web/status/1‚Ä¶rY

Bernie Sanders holds substantial leads in the two largest states to vote in next week's Super Tuesday, according to‚Ätwitter.com/i/web/status/1‚Ä¶OF

The Dow opened 750 points down, marking its seventh-straight day in the red as coronavirus fears continue to mount‚Ätwitter.com/i/web/status/1‚Ä¶sr

David Letterman will remain on late-night TV at least through 2015, CBS announced Friday.

"Les and I had a lengthy discussion, and we both agreed that I needed a little more time to fully run the show into the ground," Letterman said in a CBS news release. 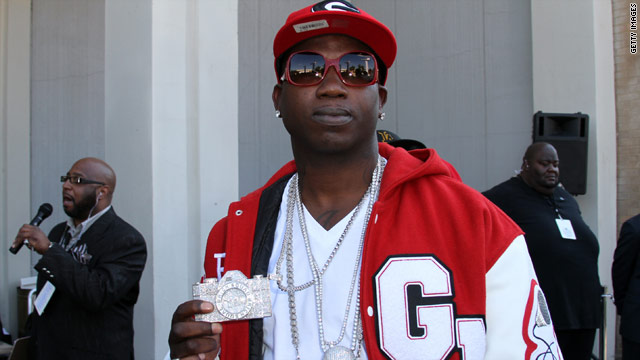 Atlanta police have issued an arrest warrant for rapper Gucci Mane who allegedly struck a man on the head with a champagne bottle at a downtown Atlanta nightclub.

The man told police he tried to begin a conversation with the rapper at the Harlem Nights Ultra Lounge club when he was "suddenly struck."

Two people - among them, pro football player Donte Stallworth - were hospitalized Saturday after the hot air balloon they were riding in crashed into power lines in Miami, police said. A third person in the balloon was not injured.

Stallworth suffered severe burns and is in stable condition at Miami's Kendall Regional Medical Center, said his attorney, Christopher Lyons. His agent, Drew Rosenhaus, confirmed Stallworth was injured but said he "will be fine."

[Updated at 8:04 p.m. ET] Nearly 3,000 flights have now been canceled in anticipation of the inclement weather, most of which is expected late Friday into Saturday.

Amtrak also has canceled many trips in the Northeast corridor. The rail transit company said on its website that northbound service from New York's Penn Station would be suspended after 1 p.m Friday.

[Updated at 6:51 p.m. ET] Connecticut Gov. Dannel Malloy says utility companies there are bringing additional crews from out of state to deal with potential power outages. Metro-North rail lines could also be closed at any time should winds exceed 40 mph.

END_OF_DOCUMENT_TOKEN_TO_BE_REPLACED

Florida A&M University has offered $300,000 - the maximum it says it can offer without state legislative action - as a settlement to the family of Robert Champion Jr., the drum major who died after a hazing ritual last year, a university attorney said Thursday.

But the family‚Äôs attorney, Chris Chestnut, said that the offer is an insult, and that the family will not consider it.

END_OF_DOCUMENT_TOKEN_TO_BE_REPLACED

2:01 am ET February 29, 2020 RETWEET
NASA has released video showing what Apollo 13 astronauts saw in orbit on the far side of the Moon. They were in da‚Ätwitter.com/i/web/status/1‚Ä¶Y6
cnni

1:31 am ET February 29, 2020 RETWEET
The best protection against coronavirus is washing your hands -- but you have to do it properly: üöø Wet your handtwitter.com/i/web/status/1‚Ä¶VshuB
cnni

1:01 am ET February 29, 2020 RETWEET
Clearview AI has been suspended from Apple's developer program for flouting its policies, the latest controversy to‚Ätwitter.com/i/web/status/1‚Ä¶8T
cnni