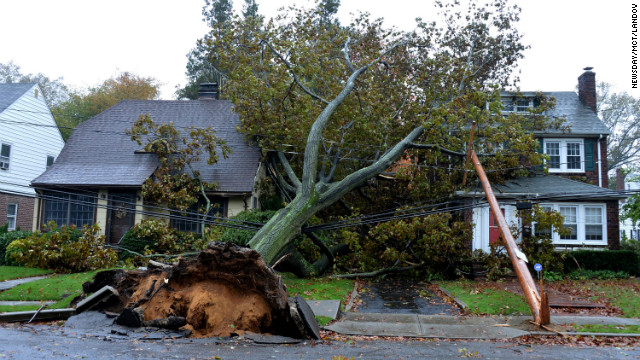 A fallen tree and power line lie over these houses on Harvard Street in Garden City, New York.
October 30th, 2012
10:30 AM ET

How to help after the superstorm

Superstorm Sandy smashed into the U.S. East Coast on Monday night, triggering floods, fires and devastation. At least 29 people are known to have died in the United States and one in Canada, adding to the storm’s earlier toll of 67 after it hit the Caribbean.

Millions were without power, and floods have hit homes and the New York subway system. Relief groups are working to make sure everyone affected by the storm is cared for, and you can help.