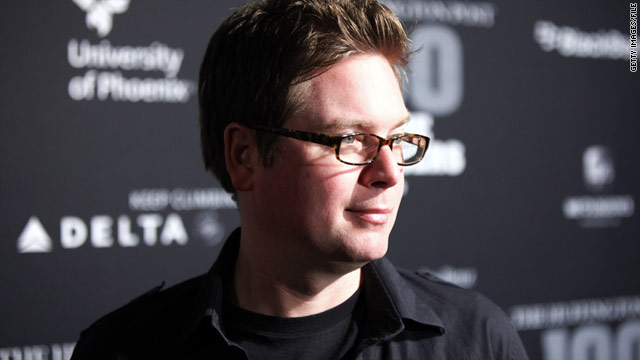 The co-founder of microblogging site TwitterÂ is joining the Huffington Post Media Group and AOL as strategic impact adviser.Â  "My goal in partnering with AOL and the Huffington Post Media Group is ambitious but vitally important. Together we will rally companies to think about new ways of doing business, share best practices, and strive for positive impact at all levels - from global to local."

The 25-year-old works as a language teacher in a rural village 20 miles from Sendai, Japan, one of the cities hit hardest by the earthquake and tsunami that devastatedÂ the countryÂ last week.Â  Sherre Greenbaum, Alia's mother, has not heard from her daughter since she sent an e-mail from a friend's mobile phone.Â  The message said the battery on her own cellphone had run out and that she was fine. Sherre Greenbaum told the Boston Globe, "We're trying to email her, but there's no response."

The media mogul and chairman and CEO of IAC/InterActiveCorp, speaking at the South by Southwest conference Monday, said he's not interested in investing in internet companies, but in creating them.Â  "What interests me is starting businesses on our own, finding ideas that we can support, and simply investing in invention," he told CNNMoney's Poppy Harlow in one of the sessions.

The founder of West Philadelphia's Work to Ride program has been teaching polo to inner-city kids for 16 years.Â  On Sunday, she led the first all African-American high school polo team to its first national victory,Â according toÂ NewsWorks, WHYY's website.Â The team, which consists of captain Kareem Rosser, hisÂ brother Daymar and teammate Brandon Rease, has been working together over the last few years to become No. 1. It was no small feat, according to Hiner. "It's physical, it's fast, there's an element of danger involved in it because the kids are traveling at such high speeds," she said. Â The trio previously placed fifth at the national championship level.

4:02 am ET February 25, 2021 RETWEET
Australia has passed a new law that will force tech companies to pay publishers for news content, setting the stageâ€twitter.com/i/web/status/1â€¦UM
cnni