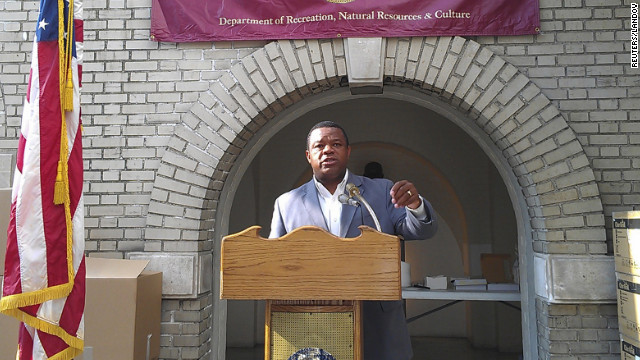 The 46-year-old mayor is charged with conspiracy to corrupt commerce by extortion, according to a complaint filed in federal court Monday.

The complaint accuses the mayor, his brother Ralphiel Mack, and Joseph A. "JoJo" Giorgianni of corruption in connection with a project to build a parking garage on city property.

A Delta Air Lines flight made an emergency landing at John F. Kennedy International Airport in New York on Thursday afternoon after encountering an engine problem the pilot said was caused by a bird strike shortly after takeoff.

"We lost our right engine due to the ingestion of birds," the pilot told the control tower.

â€śAs a measure of caution, the pilot chose to turn aroundâ€ť and landed the Boeing 757 at JFK, Delta spokesman Anthony Black said. All 172 passengers and seven crew members were OK, he said.

Delta needs to examine the engine before a bird strike could be confirmed, Black said.

Ali Velshi, CNN's chief business correspondent, was on the plane. HeÂ  said he heard â€śa horrible grinding noiseâ€ť after the plane took off.

END_OF_DOCUMENT_TOKEN_TO_BE_REPLACED

A fast-food worker, whose run-in with two unruly customers was captured on cell phone video last month, will not be indicted on assault charges, prosecutors said Saturday.

A grand jury voted against indicting Rayon McIntosh, who was seen allegedly swinging a metal object against two patrons at a McDonald's restaurant in Manhattan's Greenwich Village.

He had been charged with felony assault, according to Joan Vollero, spokeswoman for the Manhattan district attorney's office.