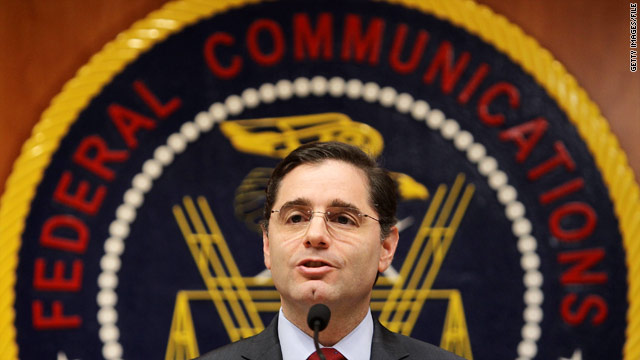 "After a thorough review, we have adopted strong and fair merger conditions to ensure this transaction serves the public interest," FCC Chairman Julius Genachowski said in a statement.
January 18th, 2011
02:56 PM ET

The Federal Communications Commission and the Department of Justice on Tuesday approved - with several conditions - a merger of the country's largest cable operator, Comcast, and broadcasting
company NBC Universal.

The FCC said the Comcast-NBC Universal combination will be required to take steps to increase competition in the video marketplace. The merger will also require Comcast to expand local news coverage, expand programs for Spanish-speaking viewers and offer Internet access to schools and libraries.