A 12-year-old girl was found unharmed and her grandmother, who allegedly took the child from a hospital at gunpointâ€twitter.com/i/web/status/1â€¦R9

A 6-year-old New Jersey boy has died after being shot in the head by a 4-year-old playmate, Toms River police Chief Michael Mastronardy said.

Brandon Holt was pronounced dead at 5 p.m. Tuesday at Jersey Shore University Medical Center in Neptune, according to Mastronardy. He was shot in the head on Monday evening.

It was the second incident in the United States in recent days involving young children accidentally shooting others. 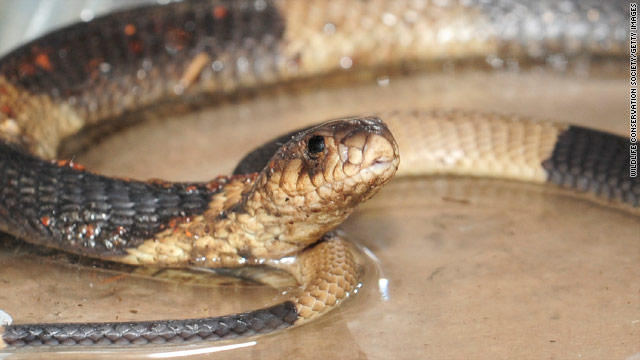 The snake that went missing for several days at the Bronx Zoo has gained a name after a public vote.
April 7th, 2011
12:43 PM ET

The Egyptian cobra that turned into a media darling after itsÂ escape and subsequent capture at the Bronx Zoo was named Mia on Thursday after a public vote. The name is a play on the several days it was "missing in action."

A New York City Fire Department emergency medical technician has been arrested and charged with armed sexual assaults, including
sodomizing an 11-year-old in an elevator, police said.

Angus Pascall, 33, of Brooklyn, was charged Tuesday in connection with five sexual assaults. One assault dates back to 2001, when a woman was raped after a man approached her with a gun as she entered her apartment building, New York City police said.

Two of the victims were minors, including the 11-year-old girl, who was attacked in her apartment building elevator earlier this month, police said. The other was a 14-year-old girl who was attacked in 2009 at the rear of her apartment building by a man with a knife and gun. The girl fought back and the attacker fled the scene.

The fire department told CNN Pascall has been suspended without pay.

END_OF_DOCUMENT_TOKEN_TO_BE_REPLACED

Traumatic brain injuries, the signature injury of the protracted wars in Iraq and Afghanistan, are often persistentâ€twitter.com/i/web/status/1â€¦f7
cnni