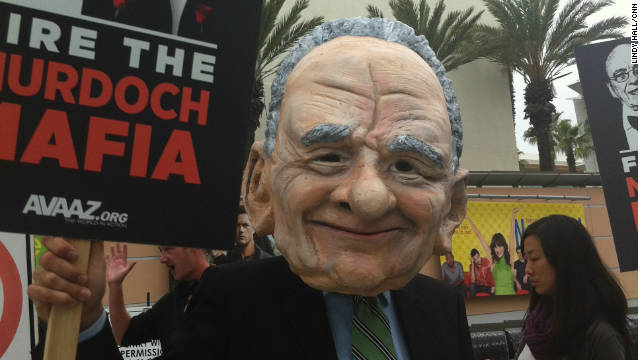 About 200 protesters gathered outside the annual News Corp. stockholder meeting in Los Angeles on Friday, some objecting to boss Rupert Murdochâ€™s handling of his news groups, and others - in the vein of Occupy Wall Street protests - decrying what they describe as corporate greed.

Protesters gathered at the entrance to the Twentieth Century Fox studio lot, hoping to catch the attention of the Murdoch family and News Corp. shareholders, who were meeting at the Darryl Zanuck Theater.

The protesters represented various groups - some wanting Murdoch, who is News Corp.â€™s chief executive and chairman, and the shareholders to "share" some of their wealth. Though they didnâ€™t identify themselves as Occupy Wall Street protesters, their messages were similar to those heard at nationwide Occupy rallies, where people assert that the nation's wealthiest 1% hold inordinate sway over the remaining 99% of the population.

A 25-year-old protester, identifying herself only as Ashley, said she was there because the company represents money and power, which she believes can be used to help others.

"We want the funds to go back into our community to create good jobs," she said. "When you have a lot of money, you can do what you want with it."

END_OF_DOCUMENT_TOKEN_TO_BE_REPLACED 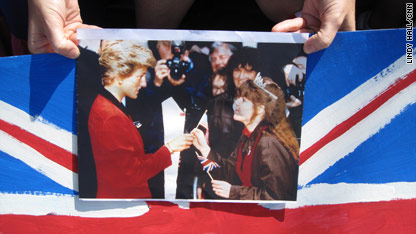 Julie Collins of Mission Viejo,Â  California, was just 18 when she met Princess Diana in April ofÂ  1990.

Today, the 39-year-old brought a picture of that chance meeting - as well as her daughter, nieces, sister and sister-in-law - to downtown Los Angeles in hopes of meeting the late Princess Diana's son,Â Prince William and his wife, Catherine.

She waited seven hours for the chance to meet Princess Di. Today, she only had to wait a little over fourÂ  hours.

END_OF_DOCUMENT_TOKEN_TO_BE_REPLACED 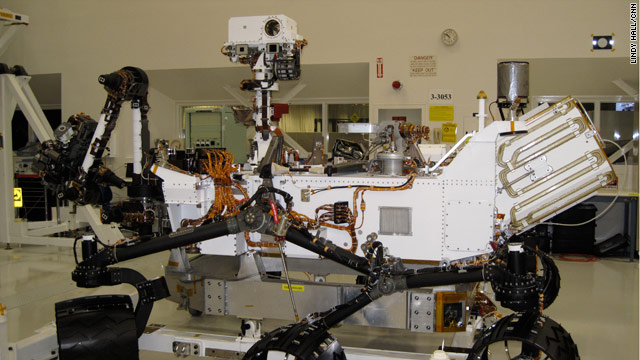 Reporters on Monday got to see the laboratory where engineers and scientists have been preparing the "Curiosity" Mars rover.
April 4th, 2011
09:31 PM ET

Reporters put on "bunny suits" before visiting the new rover.

NASA's next Mars rover, "Curiosity," was unveiled to reporters Monday at the Jet Propulsion Laboratories in Pasadena, California.

"Curiosity" is about the size of aÂ Mini Cooper and weighs about 2,000 pounds. Â It has six 20-inch wheels and is far bigger than its predecessors "Spirit" and "Opportunity." It also is equipped with a drill that will be looking at "interesting rocks" in hopes of finding hydrocarbons or any signs that life could have existed at any time on the red planet.

It is set to be launched from Florida in late November, and will take about 10 months to travel to Mars. Â Scientists hope to gather information from the mission for at least two years.

Getting to see the rover up close meant going through a "clean entry," which meant reportersÂ had to wipe down all equipment and don a "bunny suit,"Â efforts to prevent "earthly contaminants" from attaching to the rover. Â The suit included a shower cap-type cover for your head, booties to cover your shoes, a hood that covered your neck and snapped under your chin, a mask that hooked onto your ears and another pair of boots that came just to your knees and gloves.

Next was an air shower, and then a quick walk on some tacky paper to catch the last bit of whatever off the bottom of your shoes.

The rover was named in 2009 by Clara Ma, then a 12-year-old student from Lenexa, Kansas, who submitted the winning essay in a nationwide naming contest.Â Â For her prize, she was flown to the Jet Propulsion Laboratories, where she not only got to see the rover, but also got to sign the bottom of it.Â Â She also has been invited to watch the launch in Florida.