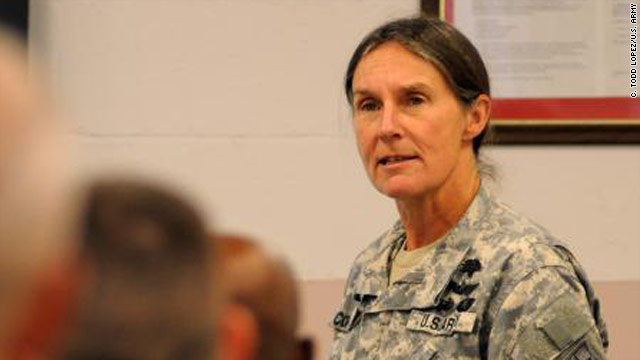 The Army's director of Comprehensive Soldier Fitness has been defending a new test being used by her arm of the military to try to gauge why suicide and stress rates are growing and why some soldiers cope with war better than others. The problem is the subject of the test: spiritual fitness.

Naturally, religion is always a hotbed of debate, and in the military, it's no different. Cornum says that spirituality is being gauged because the Army has seen that soldiers who are more spiritual are more resilient.

"Researchers have found that spiritual people have decreased odds of attempting suicide, and that spiritual fitness has a positive impact on quality of life, on coping and on mental health," Cornum told NPR.

She also told NPR the test has no impact on anyone's career and the soldier is the only one who sees the results, but that isn't stopping some soldiers from being up in arms about it. According to NPR, during the test, you must answer yes or no to some of the following questions: "In difficult times, I pray or meditate"; "I believe that in some way, my life is closely connected to all of humanity"; "I am a spiritual person"; or "I often find comfort in my religion and spiritual beliefs."

Mikey Weinstein, a former Air Force lawyer who founded the Military Religious Freedom Foundation, told NPR he may sue over the test. Cornum insists she and the Army are just trying to figure out ways to help soldiers. After all, she knows what it's like facing trauma on the battlefield.  She was captured by Iraqi forces in 1991 during the Gulf War when she agreed to go into the Persian Gulf as a flight surgeon. After her chopper was shot down, she was one of only three survivors, though as the helicopter went down, she assumed she was going to die, she told Stars and Stripes.

She was molested by a soldier, had her wedding ring taken, and was stripped of many things. But she said in the end, it changed how she viewed life and what she would try to do for the military. She wrote a book, "She Went To War: The Rhonda Cornum Story,” which was a large success. And now, she uses her experiences to try to stem suicide rates and depression. And that has put her back in the spotlight.

"I think, 'Yes, I know this horrible thing happened [to me], but I’m a better doctor — I will be more empathetic because I have been injured and afraid,' " she told Stars and Stripes.