Suspect may have been freed 4 years early

There are indications that the man believed to have killed the head of the Colorado prison system this month may have been released from prison early because of a clerical error.

Evan Ebel entered the Department of Corrections in February, 2005, sentenced to three years in prison on robbery and menacing charges. In June 2005, facing more charges, Ebel was sentenced to eight years for assault and three more years for menacing, both concurrent to the original sentence, meaning he could get out in eight years total, in 2013.

he Hippocratic Oath, when properly translated, doesn't actually say, "First, do no harm." But since the time of the ancient Greeks, that's become the mantra for every medical professional.

Not so with Dr. Kermit Gosnell, prosecutors contend.

The 72-year-old Philadephia physician is accused of running a "house of horrors" where he performed illegal abortions past the 24-week limit prescribed by law. He used scissors, authorities say, to sever the spinal cords of newborns who emerged from their mothers still alive.

Cardinals of the Catholic Church meet at 3:30 a.m. ET and then again at 11 a.m. ET Monday, at which time they may set a date for the conclave to elect the next pope.
Pope Benedict XVI vacated the papacy just four days ago, citing ailing health. He is 85.
He was the first pope to resign in 600 years. 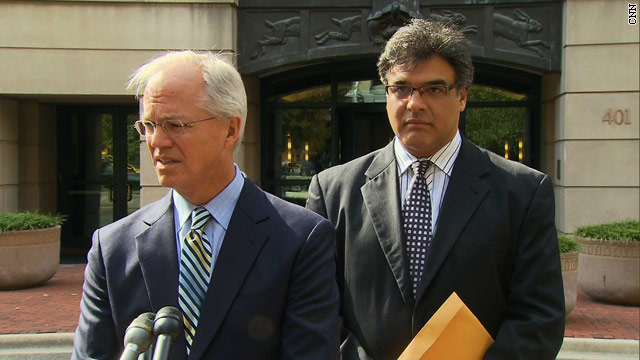 A former CIA officer who pleaded guilty in October to identifying a secret agent was sentenced today to 30 months in prison.

John Kiriakou and prosecutors agreed on the sentence length as part of the plea deal he entered into three months ago. In her Alexandria, Virginia, court, U.S. District Judge Leonie Brinkema said that she rejected the defense's attempts to characterize Kiriakou as a whistle-blower, and she would have sentenced the 48-year-old former agent to more time if he had been convicted at trial.

Read more about the case on CNN's Security Clearance blog. 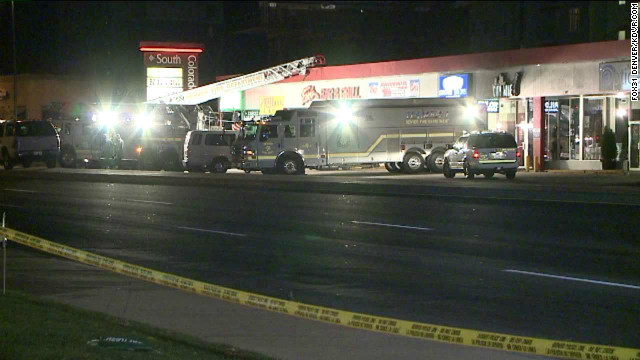 [Updated at 2:25 p.m. ET]¬Ý Three men accused of killing five people at a bar and then setting a fire to cover their tracks are in custody, Denver police said Thursday.

When firefighters arrived at the burning Fero‚Äôs Bar and Grill early Wednesday morning, they found five bodies inside - four women and a man.

But as investigators checked the corpses, they began to suspect the fire probably hadn‚Äôt killed the victims. Each body showed obvious signs of trauma, which police said prompted them to think someone set the blaze to hide evidence of murders.

END_OF_DOCUMENT_TOKEN_TO_BE_REPLACED

Kitzerow visited St. Laurent's family Monday morning to discuss funeral services, and memorial information will be made public when it is finalized, Jupiter police spokesman Sgt. Scott Pascarella said Monday. He added that in addition to the squad car memorial in front of the Jupiter police station, radio station 103.1 WIRK Country was there, raising money for St. Laurent's family. The Jupiter Police Department was working on setting up an account at a local bank to gather money for the slain officer's family as well, Pascarella said.

When fewer than one in six children in your state are ready for college upon high school graduation, and the school system in your state's largest city is failing both financially and educationally, it's time for drastic actions - such as a longer school day and year, a more challenging curriculum, dramatically more resources and funding for classrooms, greater parental input and more accountability for school principals and staff.

"Today, we change the game. We must change the game," Roy Roberts, the executive committee chairman of Michigan's newly-minted Educational Achievement System, said on Monday. "It's not about blaming the past, or our teachers or educators, who in nearly all cases are trying their level best to get the job done, in some cases under trying situations. We have great people working in broken systems."

Help is on the way for the debt-ridden, underperforming Detroit Public School System. Gov. Rick Snyder, R-MI launched the Educational Achievement System, a new partnership between DPS and Eastern Michigan University, at a press conference with Roberts at one of Detroit's success stories, Renaissance High School. The new authority will oversee a "statewide school district with a focus on improvement of underperforming schools," Roberts said. It's designed to help the bottom 5% of schools improve both student performance and the effective use of school funds.

During the 2011-2012 school year, underperforming schools will be tasked with trying to improve within the Detroit system, but those that fail will be moved into the Educational Achievement System for 2012-2013, Roberts said. If and when schools improve, they will be allowed to return to their local district, if they wish, or they could stay under the auspices of the Educational Achievement System, Roberts said.

Gov. Snyder said he hopes to expand the program throughout Michigan.

END_OF_DOCUMENT_TOKEN_TO_BE_REPLACED 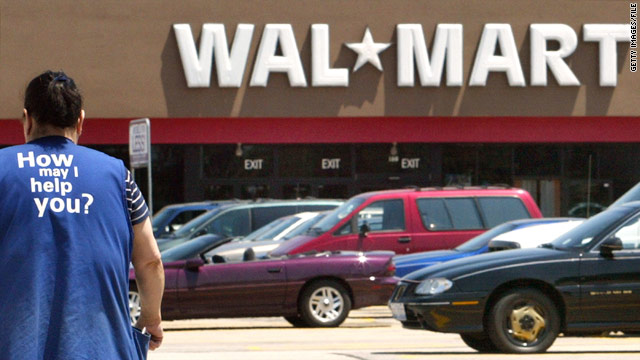 The Supreme Court ruled Monday that a class-action lawsuit involving hundreds of thousands of plaintiffs was simply too large.
June 20th, 2011
11:41 AM ET

Toobin, who was in the courtroom for opening arguments in March, spoke on "CNN Newsroom" after the high court's ruling was announced.¬Ý He shared his initial impressions of the ruling and noted that he was still reading the "complicated" decision.

He said the class-action status - potentially involving hundreds of thousands of female workers - was too large.

END_OF_DOCUMENT_TOKEN_TO_BE_REPLACED

"That the United States should be forced to warn Russia not to use nuclear weapons is a mark of how dangerous the b‚Ätwitter.com/i/web/status/1‚Ä¶De
cnni

8:45 am ET September 26, 2022 RETWEET
You're at risk from lightning during a thunderstorm even when you're inside your home, including while showering or‚Ätwitter.com/i/web/status/1‚Ä¶fC
cnni

8:30 am ET September 26, 2022 RETWEET
üîó Tap below to read more about the mission, and to find out how you can follow the event live¬Ýcnn.it/3BLzQsHREjnkI3y
cnni

8:08 am ET September 26, 2022 RETWEET
While that may sound a bit alarming, NASA officials have said the asteroid system poses no threat to Earth
cnni

"That the United States should be forced to warn Russia not to use nuclear weapons is a mark of how dangerous the b‚Ätwitter.com/i/web/status/1‚Ä¶De
cnni

8:45 am ET September 26, 2022 RETWEET
You're at risk from lightning during a thunderstorm even when you're inside your home, including while showering or‚Ätwitter.com/i/web/status/1‚Ä¶fC
cnni

8:30 am ET September 26, 2022 RETWEET
üîó Tap below to read more about the mission, and to find out how you can follow the event live¬Ýcnn.it/3BLzQsHREjnkI3y
cnni

8:08 am ET September 26, 2022 RETWEET
While that may sound a bit alarming, NASA officials have said the asteroid system poses no threat to Earth
cnni