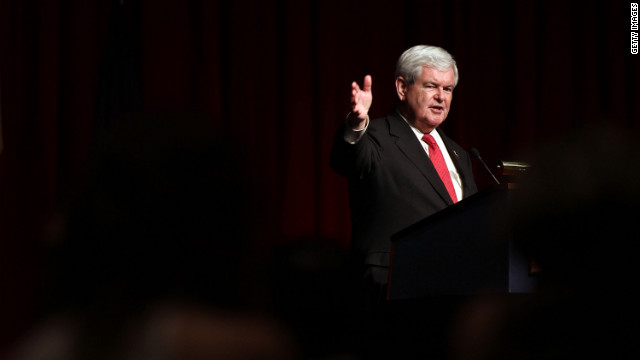 Newt Gingrich will officially end his bid for the Republican presidential nomination and formally express his support for Mitt Romney next week, two sources close to Gingrich tell CNN.

While details are still being worked out, Gingrich is likely to hold his final campaign event Tuesday in Washington, DC, where he will make the announcement surrounded by his family and supporters.

Republican Charles Djou took advantage of an intra-party fight among Democrats to snatch a House seat that Democrats had held for 20 years in Hawaii.

END_OF_DOCUMENT_TOKEN_TO_BE_REPLACED

Sen. Kay Bailey Hutchison, R-Texas, will announce Wednesday that she will not retire and will stay in the Senate until her term ends in 2012, a Republican familiar with the announcement tells CNN.