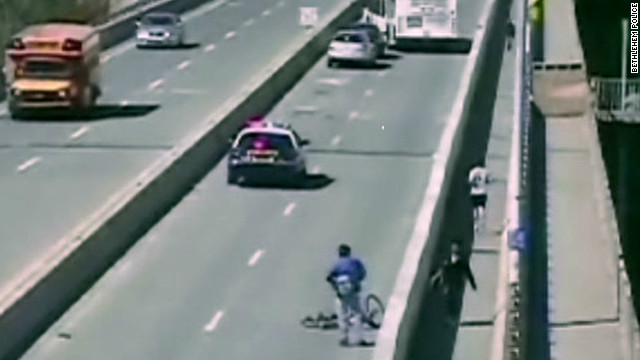 If you witnessed a crime happening right in front of you would you have the nerve to stop it? It's easy to say yes, but think about it. You'd have to be pretty brave to just jump in to try and thwart an evil-doer.

Recently, a hit-and-run suspect was caught on camera striking a bicyclist on a bridge in Pennsylvania. You've gotta watch how the would-be culprit was stopped by the quick thinking of a transit bus driver.

And check out how these other crime stoppers mustered up their nerve and made the split-second decision to answer the call of duty.

A Pennsylvania teen and a bus driver are being called heroes after stopping a suspected hit-and-run driver. A teenage driver attempted to flee the scene of an accident after striking a cyclist on the Fahy Bridge in Pennsylvania. A bus driver takes action, but watch watch who else steps up to trap the teen and put a stop to the getaway.

Two MMA fighters helped disarm a would-be robber at a L.A. hotel last week. One of them joins Brooke Baldwin by phone. A man attempting to rob a Los Angeles hotel didn't account for the MMA fighters that happened to be in the lobby. Watch how a broken hotel key played a role in stopping the assailant mid-getaway. 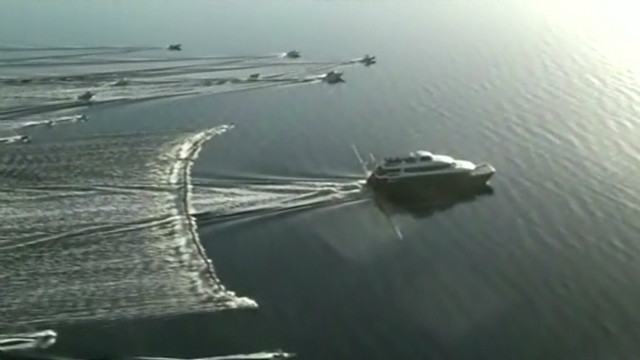 There's something captivating about an attempt to break a previously set world record. We've looked before at Guinness World record holders with some of the most unique talents. A recent video of 145 water skiers pulled by one boat got us thinking, what about other records set by large groups of people?

100 skydivers attempt to break record - It's pretty amazing to see professional skydivers link up to create formations thousands of feet in the air. But these thrill-seekers take it to another level by attempting to break the previous world record with 100 skydivers from 16 different countries. Were they successful at getting all jumpers linked up at once? Watch and find out!

END_OF_DOCUMENT_TOKEN_TO_BE_REPLACED 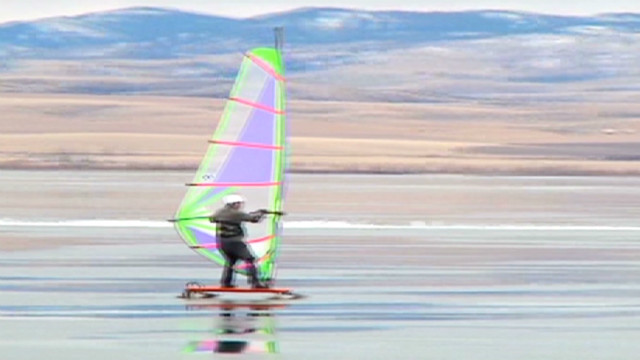 Windsurfing on ice? â€” Windsurfing on water isn't anything new, and some people choose to windsurf on land. But what happens when temperatures drop below zero? Instead of taking up ice fishing, these self-proclaimed "crazy" people modified their own boards to glide across a frozen lake. Their rigs have reached 30 mph, but wait until you hear how fast some others have gone!

END_OF_DOCUMENT_TOKEN_TO_BE_REPLACED

6:30 am ET December 1, 2021 RETWEET
The Australian Open's Covid-19 vaccine mandate is about protecting the community, not about "blackmailing" Novak Djâ€twitter.com/i/web/status/1â€¦hy
cnni

6:00 am ET December 1, 2021 RETWEET
Old Spice and Secret antiperspirant and deodorants were voluntarily recalled by manufacturer P&G due to the presencâ€twitter.com/i/web/status/1â€¦Vw
cnni

5:45 am ET December 1, 2021 RETWEET
Students at a Michigan high school described terrifying scenes of barricading doors with desks and escaping out ofâ€twitter.com/i/web/status/1â€¦Bm
cnni