Senate passes bipartisan gun safety bill, a major step for the most significant federal gun legislation in a generaâ€twitter.com/i/web/status/1â€¦33

EU leaders have agreed to grant Ukraine candidate status in what the European Council President calls a "historic mâ€twitter.com/i/web/status/1â€¦im

Federal investigators searched the home of Jeffrey Clark, a lawyer who Trump sought to install as attorney generalâ€twitter.com/i/web/status/1â€¦ad

The bipartisan gun safety bill has cleared a critical vote requiring GOP support and is now on a path to pass the Sâ€twitter.com/i/web/status/1â€¦Ti

The FDA orders Juul Labs to remove all of its vaping devices and pods from the US market cnn.it/3tVKbzo 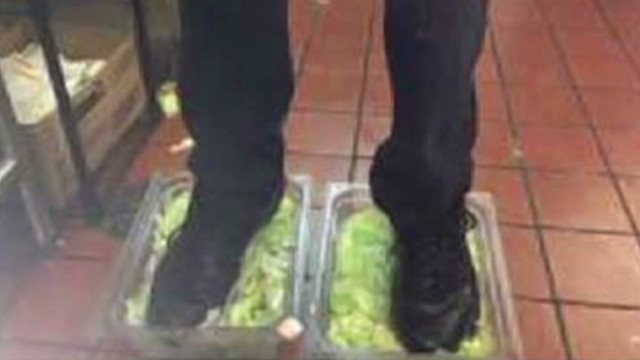 Fast food service may not be considered â€śfine diningâ€ť but customers who frequent such establishments expect a certain level of sanitation. Unfortunately, in some cases that trust is misplaced.Â  Check out these videos of fast food workers with less than healthy manners.Â  Do their punishments fit their crimes?

Affiliate WKYC reports on the reaction to a viral photo of a Burger King employee stomping on store lettuce. Burger King is the latest establishment to fall victim to employee hijinks going viral. Unlike the other videos on this list, the camera doesnâ€™t reveal any faces. Watch this video to learn how the sneaky culprit was caught.

In 2009, two Domino's employees were arrested for filming as they allegedly tampering with food. Affiliate WCNC reports. Viral anti-sanitation videos took a disgusting leap in 2009 at a Dominoâ€™s store after two employees filmed themselves â€śmishandlingâ€ť various foods. Do you side with one of the stafferâ€™s brothers or are you too shocked by what their video shows to care?

In 2008, KFC fired multiple employees who photographed themselves bathing in the store's sink. Affiliate KOVR reports. In 2008, a few Kentucky Fried Chicken employees took a dip in their storeâ€™s sink and posted photos of their act on MySpace. While their fellow staff certainly donâ€™t defend their action, perhaps youâ€™ll wonder why they still say itâ€™s sanitary. 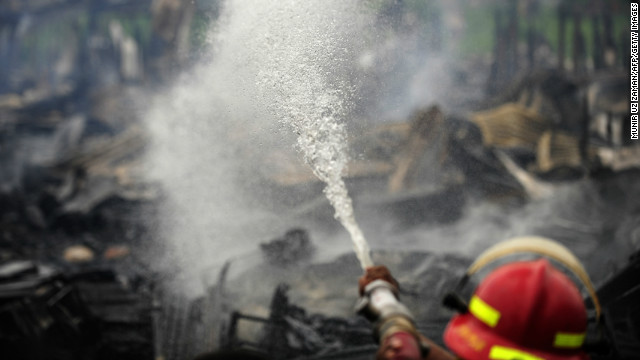 Firefighters regularly put themselves in harm's way, but what happens when situations arise even they arenâ€™t prepared for?Â  Below are three dramatic moments caught on tape where firefighters were forced to act quickly or possibly suffer themselves.

Video has surfaced of Houston police officers shooting an armed man in a downtown park.

Police said 21-year-old Joshua Anthony Twohig was armed with a rifle and fired several shots inside Tranquility Park near an area where Occupy Houston protesters were gathered on November 21.

Houston police said they shot Twohig after attempts were made to have him drop his weapon. He suffered several gunshot wounds and was transported to a hospital with nonlife-threatening injuries. Twohig is charged with aggravated assault against a public servant.

Bicycle officers A. Cantos and H. Lam said they were on patrol when they heard gunshots and saw Twohig standing on a bridge near the park's fountains and pond holding a weapon. When the officers approached the scene and told Twohig to drop his rifle, they said he fired his weapon into the pond and then gestered as if he was intending to commit suicide. Police said Twohig then screamed "shoot me, shoot me" toward the officers.

At about this point, police said a witness began recording video of the incident, which CNN obtained from a Houston TV station.

The video shows Twohig dressed in a suit holding a gun to his head. Officers are heard on the video shouting commands to Twohig before they shot him.

CNN affiliate KTRK reports it spoke with Twohig's family after the incident. They did not want to comment about the shooting and told KTRK not to contact them again. KTRK said the name of an attorney for Twohig has not been released at this point.

"We don't know his motives - that being said, he was not a member of the Occupy movement that we know of," Occupy Houston protester Dustin Phipps told KTRK.

"I'm glad that the gentleman did not point his gun at all these innocent people here," witness David Loeser told KTRK.

A bill that brings the first major federal gun safety legislation in decades passes a House vote and is on the wayâ€twitter.com/i/web/status/1â€¦Ay
cnnbrk