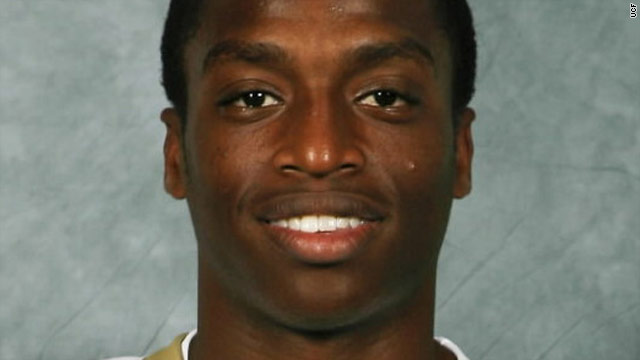 University of Central Florida football player Ereck Plancher died in 2008 after a workout. His parents have sued the school.
June 14th, 2011
11:37 AM ET

The University of Central Florida football player's death is in the spotlight this week in an Orlando courtroom, just 11 floors below where the Casey Anthony trial is under way. Plancher's family filed a wrongful death suit against the school, and jury selection for the trial began Monday, the Orlando Sentinel reports.

Plancher, 19, died in March 2008 following an off-season workout that head coach George O'Leary conducted. An autopsy confirmed that Plancher died from complications of a sickle cell trait, and his parents allege the school and its football medical support staff did not properly treat their son, according to the newspaper.

The Sentinel's Mike Bianchi reports the trial's outcome could affect college football programs in the future. He also notes the case is unique because it's going to trial rather than being settled out of court.