Tens of thousands of people have been evacuated from low-lying areas in western India as a powerful cyclone is expe‚Ätwitter.com/i/web/status/1‚Ä¶ta

Mitt Romney‚Äôs campaign has announced that the presumptive Republican presidential candidate will reveal his vice presidential nominee Saturday at a campaign event in Norfolk, Virginia. 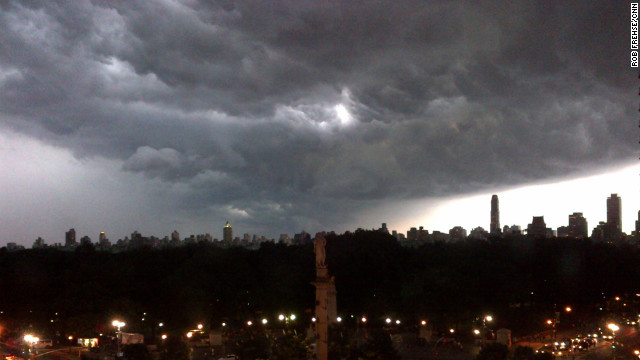 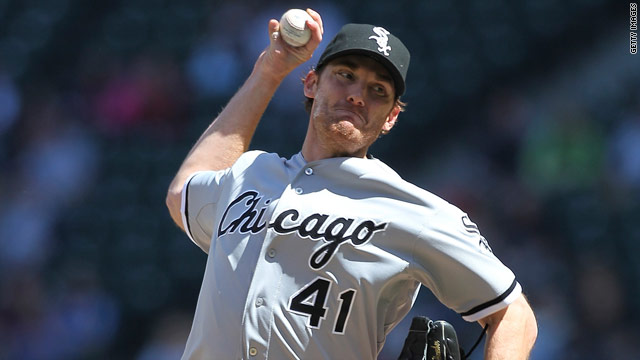 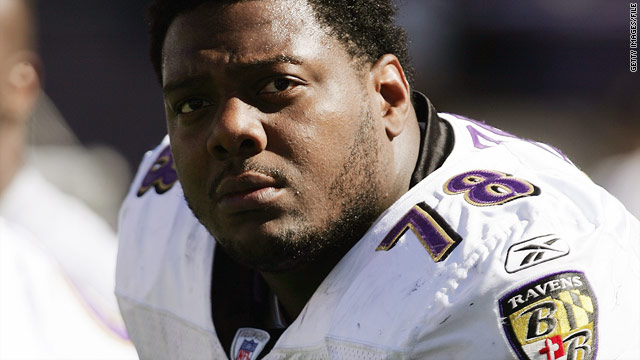 Former Baltimore Ravens and Cleveland Browns offensive lineman Orlando Brown was found dead in his home Friday morning, Baltimore police said. He was 40, according to the NFL's website.

Authorities said there was no sign of trauma or foul play.

Brown, nicknamed "Zeus," retired in 2005 and lived in Baltimore, where he was involved in the franchising of restaurants, according to NFL.com.

While he was with the Browns in¬ÝDecember 1999, a flag thrown by an official struck him in the eye and led to Brown suing the league. 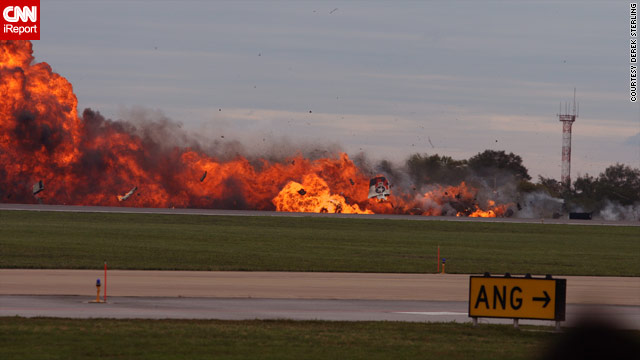 The T-28 military training aircraft crashed at the Thunder over the Blue Ridge air show, Lt. Nate Muellerof the 167th Airlift Wing said.¬Ý He had no information on the circumstances of the crash or on injuries.

The aircraft was part of the Trojan Horsemen aircraft demo team, according to The Journal of Martinsburg.

The crash occurred during a stunt in which two T-28s were flying belly-to-belly, according to The Journal. The plane crashed in a fireball in front of hangars, The Journal reported.

One season after losing LeBron James, the Cleveland Cavaliers will have the first and fourth picks in the NBA draft on June 23.

The Minnesota Timberwolves will pick second and the Utah Jazz third. The draft order was determined Tuesday by lottery among the 14 teams with the most losses this past season. The draw was weighted to favor the teams with the worst records.

Cleveland and Utah got two places in the lottery through trades. The last time the Cavaliers had the first pick, in 2003, they used it to select James from nearby Akron St. Vincent-St. Mary High School.

SI: No. 1 picks in the lottery era

END_OF_DOCUMENT_TOKEN_TO_BE_REPLACED 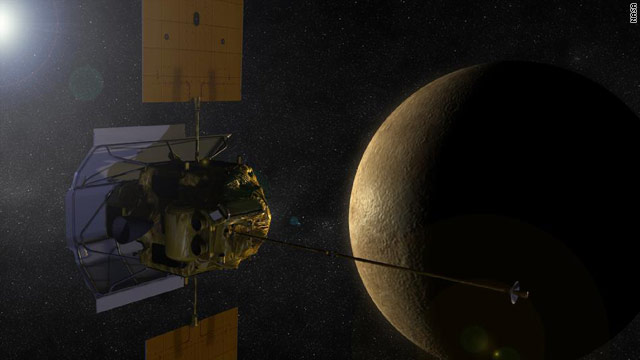 Aboard the MErcury Surface, Space ENvironment, GEochemistry, and Ranging spacecraft are seven science instruments, fortified against the intense heat and cold near the solar system's innermost planet. They will retrieve data on Mercury's geochemistry, geophysics, geologic history, atmosphere, magnetosphere and plasma environment, according to NASA.

According to National Geographic, temperatures on Mercury's surface can reach 800 degrees Fahrenheit (430 Celsius). Because the planet has no atmosphere to retain that heat, nighttime temperatures can drop to minus 280 degrees (minus 170 degrees Celsius).

The instruments will be turned on and checked out beginning March 23 and, on April 4, the primary science phase of the mission will begin, NASA said in a statement.

The deaths in the crash Monday night of a private plane¬Ý in Alaska were a result of blunt force trauma, Alaska State Medical Examiner Katherine Raven said Friday.

She also found the injuries were not survivable.¬Ý Brutal terrain and bad weather on the remote mountain where the plane crashed kept survivors waiting 12 hours for rescue, officials and witnesses said.

Former U.S. Sen. Ted Stevens and four other people died in the crash of the DeHavilland DHC-3T Otter.

The horse did not qualify for the Kentucky Derby. But its owner, WinStar Farms, also owns derby winner Super Saver.

President Obama issued this statement Saturday after BP announced its efforts to stem the flow of oil from a well in the Gulf of Mexico using the "top kill" method had failed:

Today, I‚Äôve spoken with National Incident Commander Admiral Thad Allen, as well as Energy Secretary Steven Chu, Interior Secretary Ken Salazar, EPA Administrator Lisa Jackson, and senior White House advisors John Brennan and Carol Browner regarding the ongoing efforts to stop the BP oil spill.¬Ý From the beginning, our concern has been that the surest way to stop the flow of oil ‚Äì the drilling of relief wells ‚Äì would take several months to complete.¬Ý So engineers and experts have explored a variety of alternatives to stop the leak now.¬Ý They had hoped that the top kill approach attempted this week would halt the flow of oil and gas currently escaping from the seafloor.¬Ý But while we initially received optimistic reports about the procedure, it is now clear that it has not worked.¬Ý Rear Admiral Mary Landry today directed BP to launch a new procedure whereby the riser pipe will be cut and a containment structure fitted over the leak.

This approach is not without risk and has never been attempted before at this depth. That is why it was not activated until other methods had been exhausted.¬Ý It will be difficult and will take several days.¬Ý It is also important to note that while we were hopeful that the top kill would succeed, we were also mindful that there was a significant chance it would not.¬Ý And we will continue to pursue any and all responsible means of stopping this leak until the completion of the two relief wells currently being drilled.

As I said yesterday, every day that this leak continues is an assault on the people of the Gulf Coast region, their livelihoods, and the natural bounty that belongs to all of us.¬Ý It is as enraging as it is heartbreaking, and we will not relent until this leak is contained, until the waters and shores are cleaned up, and until the people unjustly victimized by this manmade disaster are made whole.

A gray whale has died two days after rescuers near Los Angeles, California, cut away fishing net that was wrapped around its tail and a fin, an official with the with National Marine Fishery Service said.

According to CNN affiliate KCAL, the whale was spotted Monday, swimming slowly in the shallow harbor at Dana Point. On Wednesday a disentanglement team from Sea World removed the commercial fishing nets and ropes, and the whale appeared to head out to sea.

Joe Cordaro, a wildlife biologist with the fishery service, says it is the 10th gray whale this season to die during migration.

Colorado Rockies pitcher Ubaldo Jimenez on Saturday threw the first no-hitter in the franchise's 18-year history, a 4-0 victory over the Braves in Atlanta, according to MLB.com.

Jimenez also singled in a run and scored a run in the Rockies' three-run fourth inning, according the Web site of Major League Baseball.

He struck out seven batters and walked six. Jimenez threw 128 pitches, 72 for strikes, and his fastball was clocked at 100 mph early in the game. He was still throwing in the upper 90s late in the game, according to MLB.com.

Actress Dixie Carter, best known for her role as Julia Sugarbaker on the TV show "Designing Women," has died, her agent said Saturday.¬Ý She was 70.

"This has been a terrible blow to our family," Holbrook told Entertainment Tonight. "We would appreciate everyone understanding that this is a private family tragedy."

The US is condemning atrocities in #Tigray. The extrajudicial killing going on there is utterly horrifying as‚Ätwitter.com/i/web/status/1‚Ä¶71
sarasidnerCNN

5:56 pm ET May 15, 2021 RETWEET
RT @faresakram: Smoke rising from what was the building housing our @AP office in #Gaza moments after Israeli jets destroyed it. I and my c‚Ä¶
sarasidnerCNN